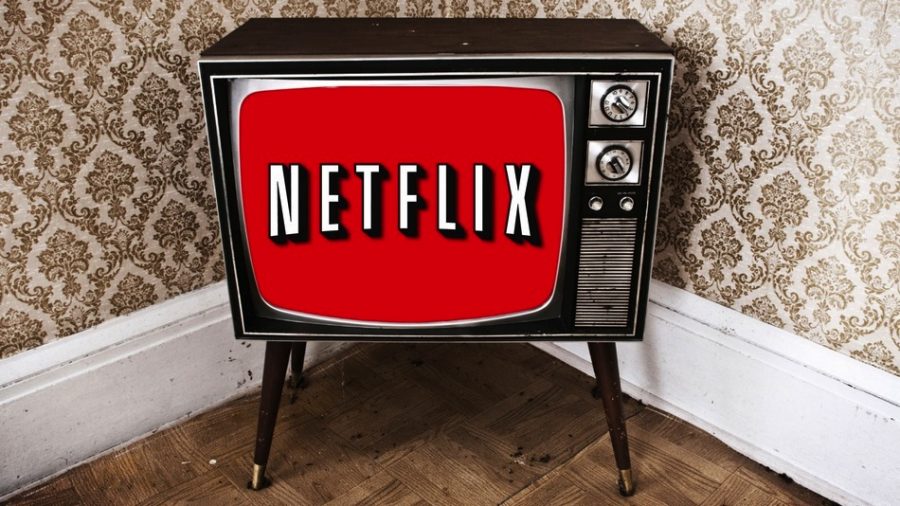 Pro/Con: To Netflix or to cable, that is the question

Two staffers debate which media entertainment platform is superior to the other.

Netflix has been a big fad for a while now and there has been talk that eventually cable TV will no longer exist.  There would be no more flipping to your favorite channel (HGTV of course) and watching your favorite show as a new episode premiers, live TV would no longer be live, and there would be no more Super Bowl commercials.  Nothing about getting rid of cable sounds appealing.

Cable stations like ESPN do not allow streaming, which is the big decision maker for most people who are considering going cordless.  A lot of stations as well as ESPN won’t allow streaming from anything other than cable TV because they would lose money. Cable networks make money from people watching them on their television provider.  If cable was demolished, the channels would lose money and possibly cause a lot of lost jobs.

When you think about cutting the cord you’d probably assume that you would be saving money, but that is incorrect.  Realistically, your cable bill would become significantly more expensive. Netflix has recently raised their prices and that’s even with cable still being in existence.  People won’t have a choice, it will either be Netflix or nothing. Streaming live events such as sports games costs you even more. And certain channels vary in price depending on how popular it is.

Also, with streaming services, you can’t do your favorite activity of channel surfing.  You have to actually find a show and stick to it and who knows how long that will take. With cable, you can expand your horizons and maybe find a show that you wouldn’t normally watch and actually enjoy it.  Also, when it comes to streaming, if you have poor internet connection, that means no TV.

When making the decision to cut the cord to cable, you also have to think of the commitment.  Just having a network like Netflix can cause issues within the household. Not everyone wants to sit down and all watch the same show.  Sometimes we just want to sit down and have the Travel station on in the background while having a conversation. When watching Netflix, you are most likely binge watching you favorite show that you mom hates and you sister isn’t allowed to watch.  Everyone wants to watch something else, and with Netflix you can’t flip back and forth between stations during commercials so everyone is happy.

Getting rid of cable may seem like a good idea, but in the long run it is much more expensive and just more difficult all around.  Cutting the cord will not save your wallet like you think it will. I know cable TV commercials are annoying, but just give it another chance.

Imagine you’re sitting at home on your couch, your favorite snack in hand and your remote in the other. You flip through all of your go-to channels,  only to find reruns and the dreadful things nobody likes: commercials. Now there are plenty of things to fix this problem, like get up and actually do something productive with your life, or the much better and less stressful option, switching over to Netflix. Now this is not an ad for Netflix and I’m not getting paid to tell you how much cheaper it is (however I should be),  but I’m simply writing to you today to tell you as a non- cable user some facts on why I think Netflix is the better, more affordable option.

Now typically a televised show ends with a cliffhanger to get you to tune into next week’s episode, and you have to go through the rest of the week not knowing what happened to your beloved character. There is a cure to your broken heart: just binge watch the entire season on Netflix in a single night!  Binge watching also can fill your lonely void of sorrow with something if not productive, at least not destructive. Instead of hanging in emotional turmoil for seven whole days, you can get to go on an emotional roller coaster ride all in one night with your favorite characters.

Netflix is a great way to live out your days being a couch potato and it is always going to be there for you. Junior Olivia Walter agrees: “I don’t have to worry if the weather is going to make it static or search through dozens of reruns just to watch the new show; Netflix is always adding great selections and I know there’s always something there for me. It also recommends shows for me so when I finish a movie or series there is something new to start.”

And don’t stress if you can’t find a show that you want, but can’t seem to find: Netflix even has a page to request the show you have been dying to watch. Hidden deep in Netflix’s help documents and titled “Request TV shows or movies,” the page is used for exactly what its title suggests. When you come across a movie or TV show you want to watch but it’s nowhere to be found in Netflix’s library, you can use this page to submit a request asking Netflix to add it to the site’s catalog.

At the end of the day, Netflix is a great convenience just at your fingertips. So stop watching those long commercials and that show you’ve watched what feels like 8,000 times and come join the Netflix family, where being lazy is not just acceptable, but cherished.