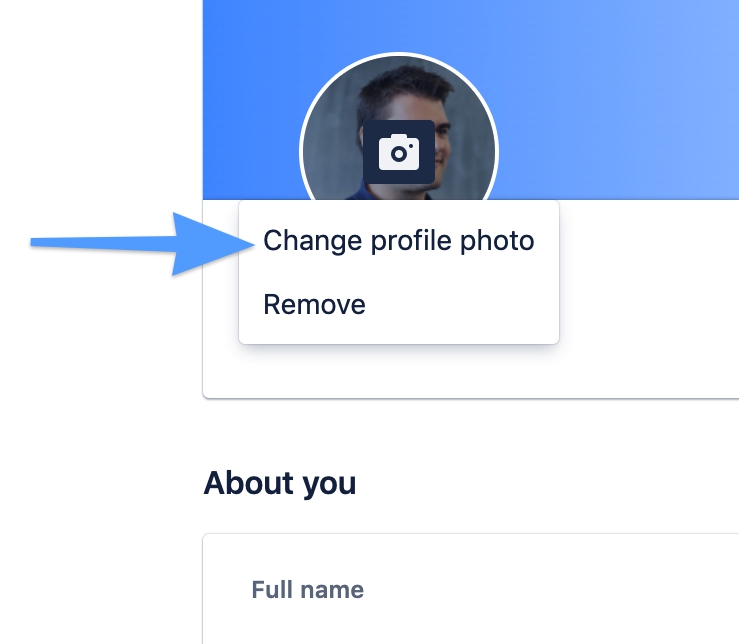 To all Portage Northern High School students:
By the end of the day Thursday, October 15th 2020, your selected google icon must be one of three things:
We appreciate your attention to this matter as we continue to work to make our virtual learning environments as professional and productive as possible. Failure to make this change will result in contact from your grade level assistant principal.

Many students have been quick to say the profile picture change has been a bad thing, but there are many good things that come from this new rule.

Many students do not turn their camera on in class, and when a camera isn’t on, the profile picture is displayed in its place. Using an actual picture of a student can help teachers become more comfortable, allowing them to know who their students are and identify who they have in their class. There are students who can not have their cameras on due to living conditions or other personal reasons, and teachers want to be able to know who their students are even if they can not have them in class at the moment due to COVID-19 cases. Seeing those profile pictures for camera-off students can also help teachers memorize names and faces, making it more likely that they will recognize everyone when students finally come back into the classroom.

Along the same lines, many students, especially in high school, feel much more self conscious about having their camera on due to the fact they feel like they might be judged. Being able to pick what picture they use of themself could help them get more comfortable with the school and the people around them so that by the time school starts back up face to face, they will feel less insecure about things and be themselves more. The guideline days that it can be any school appropriate portrait; students are free to use a filter or otherwise choose the picture of them that they like.

In high school, students want to voice their opinions much more, but sometimes that can lead to arguments or disagreements in class and can take away from other students’ learning. If a students profile picture were to be offensive or went against someone else’s beliefs, students could be very distracted and a classroom that was otherwise a safe space could fill with tension. There have been videos of classes having full blown arguments because one student’s profile picture was a “Trump Pence 2020” and another student’s was a “Biden Harris 2020” picture. Other students have chosen, innocently or not, racially-offensive memes or inappropriate TikTok trends for profile photos. These disruptions in the virtual classroom disrupt the flow of learning and are just not necessary.

Students need to start thinking about the fact that when we go back in person, hiding behind a screen is not going to work. A countless number of students have disagreed with having to change their profile picture and think the new policy is unfair, but in reality, not only will it be fine, it might even make the virtual learning environment better.

Recently, a new rule has been put into place: we are only allowed to have one of four things for our Google profile photo: an appropriate picture of yourself, your initials, the Portage Northern logo, or a husky, the school mascot. So what happened that made this be put into place? We don’t know. Maybe someone ruined it for everyone, or maybe they just want more control. Whatever the reason, this decision has digital “school uniform” written all over it.

If the main reason behind this is the  first one, why punish everyone for something one or a few people did? For example, if one kid in a group was wearing something that went against the school’s dress code, we would make the entire school wear uniforms, or if someone pulls a false fire alarm, which is much worse, we still wouldn’t punish everyone for that one person’s actions. Punishing all students for the actions of a few – who could easily be asked one at a time to change their pictures if they were a problem – makes this rule the virtual equivalent of a school uniform.

Also, the reason for the change was broadcast by many teachers as, “It’s so we can recognize you if and when you come back to school.” But if that’s the argument, how are initials or a generic school logo, or even a husky, going to help that? Maybe that argument works if you’re only allowed to use your face, but the argument does not validate the other reasons. I’d almost think seeing a profile picture and having it be related to a student’s interests or hobbies would help teachers recognize them more than a logo, and it would also let teachers learn about their students. If we don’t have school uniforms in person, why would we police our profile photos in the same kind of way online?

Some would argue it’s more like a virtual “dress code.” I think it compares more to a uniform, as uniforms give you a strict “this is what you HAVE to wear” versus a dress code which allows more freedom and personal expression. A dress code says “just don’t wear this and you’re fine.” The difference comes down to you get more freedom than less with a dress code and less freedom than more with a uniform. If the policy did represent a dress code, it would focus more on what you can’t have as your profile photo as opposed to prescribing what you can. There would be a small list of things that aren’t allowed, not a small list of things that are allowed.

This might seem like a small issue, but actually it is very important. Profile photos are how students are presenting themselves when they can’t be in person. This rule is now limiting students’ only outlet for self expression. Since we’re in a virtual environment instead of being in person, expression is even more important. In person, students get a lot more opportunities to express themselves, however with being virtual, they really only get just this one. In enforcing this policy, administrators are dictating the one small opportunity that exists to let students express who they are.

If it’s not hurting anyone and is safe for a school environment, what’s the matter with having a baseball, cat, or Star Wars character as your profile picture? Let students do what they want and let them safely express themselves instead of threatening to suspend them because their profile picture is a dragon.