But my injury was not the defining moment of the 2019 season. Not even close. When I remember last season, I never think of the mask, my eye, or the collision. I remember sitting next to the “rally pike” a seagull had dropped next to our dugout before a morning game against Lakeshore. I remember cheering with my teammates after winning super regionals just because we knew we still had practice the next day. I remember jumping into my teammate’s arms after winning the first state championship in school history.  I still think about that team and that season almost every day. It was an unbelievably special thing to be a part of. 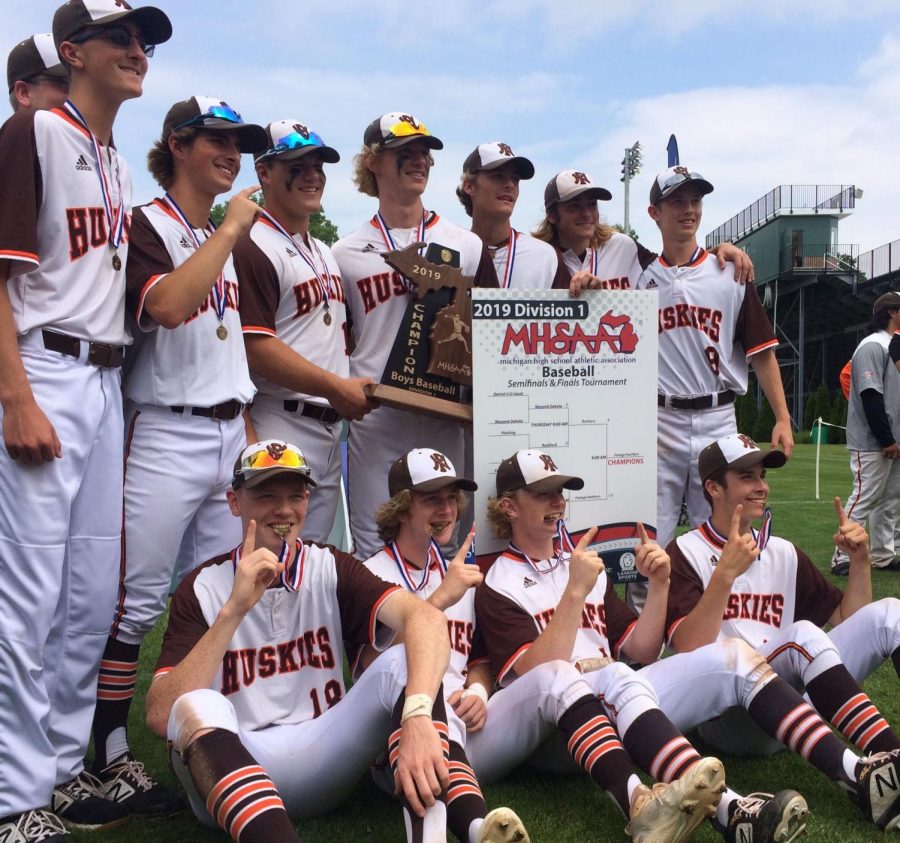 Gallery|5 Photos
The 12 Huskie juniors pose with the championship trophy and bracket. This group never got to experience a single game their senior season. All photos courtesy of PNHSbaseball.com.

After the game, it felt like that season never ended. This wasn’t what I was used to the end of a season feeling like. At the end of my sophomore season, as I hugged my teammates with tears in my eyes after a heartbreaking loss, there was nothing to think about other than that the season was over. After the state championship, there was no forced stop, and with 13 seniors returning for this year’s team, it felt like there was nowhere to go but up. Our team culture was so close that it felt like we hadn’t grown apart at all, even months after our last game.

When tryouts finally came this spring, it felt like everything was becoming perfect. Even my life in school was better than it ever was. I loved coming to school every day, and not just because of baseball. I had been waiting months for what I knew would be the best part of my senior year. As we took our first infield of the year as the number one ranked team in the state, the idea that the season could be canceled or even delayed was nowhere in our minds.