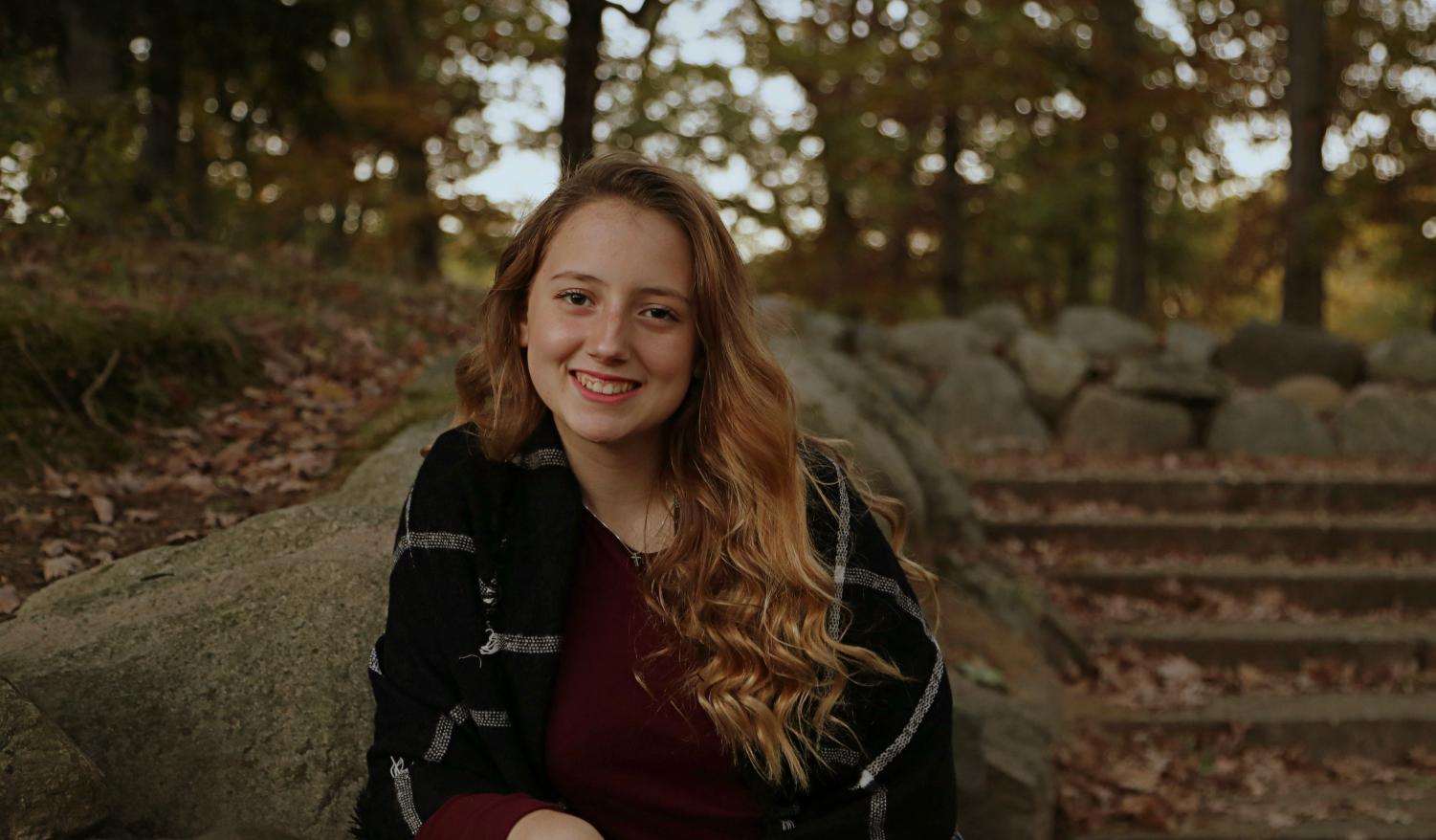 The person that I am now in this senior picture was a long time coming. (Heritage Photography)

The person that I am now in this senior picture was a long time coming.

From depression to victory: How I overcame the hardships in life with Jesus

“You can’t speak correctly? Like, what are you, 2 years old?”

“Who do you think you are?”

“You are stupid, you can’t even do anything right.”

“I am sorry that this is happening honey, but it is for the best.”

For much of my life, these were the phrases, repeated year after year, that defined me.  I was labeled as “unteachable” by staff members, teachers, and even my fellow students because I struggled with dyslexia and a speech disability, and in the middle of those struggles, I was crippled by my parents’ divorce. There was darkness, but eventually I found the light, overcame my circumstances, and was able to live a happier life through my faith with the Lord.

Everything started out when I was in elementary, 4th grade to be exact. I was formally diagnosed with dyslexia, which is the general term for disorders that involve difficulty in learning to read or interpret words, letters, and other symbols. I had an incredibly difficult time understanding what was written on the page, and then an additionally difficult time pronouncing the words correctly. My constant frustration turned into social isolation as I was forced into special education sessions that were supposed to “help,” but that took up most of my school day and kept me from being a part of my class.

I received constant negative commentary from the other students in my grade, especially one certain individual who didn’t just physically harm me, but hurt me with words and phrases. On top of dealing with the emotional hurts caused by my peers, I also unexpectedly had to deal with hurt caused by my teacher, who at one point pulled me aside during recess and told me this exact phrase that vividly sticks with me today: “You are stupid.”

The destructive educational environment overall made it impossible for my interventions to help me with my speech therapy or help me make progress in understanding the curriculum. Seeing this, my parents made the difficult decision halfway through the year to pull me out of that school and transfer me to a charter school, Oakland Academy.

Just as my school life was improving, my home life started heading in the opposite direction. My parents seemed to never see eye to eye, which caused long nights with them continuously fighting and yelling.  Trying to sleep, I turned my fan on as high as I could. I could still to hear them, but it was good enough to distract me from everything that is going on for the time being.

Then, in April 2014, my mom and dad explained that they were going to part ways and live in separate homes. I didn’t know how to react to this new information, and I didn’t have the emotional tools yet to fully understand my parents and their decision. I began to hate them for destroying our perfect family and my sense of a normal life, and this only made things worse.

When my parents had separate homes, my anger got even worse, and I lashed out on at my father in particular for what I perceived as hurting my mom and making them separate. I never felt comfortable living in both houses because when fights with my parents happened, I felt caught between the crossfire. I lived with constant anger and negativity, which led eventually to depression.

I never told anyone about my feelings of deep sadness; for years I practiced showing a facade of calmness everyone around me, while inside feeling neglected and hurt.  This got worse when my father decided to have his girlfriend meet me and my little sister. I hated her right away. For one, he never told me that he was dating someone, and two, I met her out of the blue and without preparation.  To spend more “quality” time together, he decided that we would all go to church, where I would sit not with them, but in the youth service with a bunch of kids that annoyed me severely. I had no idea that, of all the days, that seemingly horrible day would change the trajectory of my life permanently in a positive way.

I walked into the service in my usual negative mood and knew immediately that it was going to change.

From the moment I came through the door, everyone was greeting me with care and enthusiasm, and they acted like they genuinely wanted me there. I had a weird and uncomfortable feeling…not because I didn’t like what what happening, but because I was actually enjoying myself, and at church! I thought either thing was an impossibility at that point in my life.

As the months passed,  I left the middle school group and joined the highschool ministry service, Vox Youth, which held their own service on Sunday night. The first time I attended this new service, people were greeting me at the door and introduced me to me to several of the people who are my closest friends today, four years later. That summer, our youth group took a weeklong camping trip to a camp ground called Center Lake Bible Camp,where we participated in many games, swam, and attended night time sessions in the chapel. On July 30th, 2016, the last night of service at the camp, the group was praying over a fantastic week there and hoping for days to come in the future when I surrendered my life to the Lord. After I prayed the prayer of salvation, the Lord had removed all of my hurt and pain and spoke to my heart in the most impactful way possible. I accepted the Lord to be my forever friend, and that friendship hasn’t just sustained me, it has saved me.

From then on, I continued to grow with the Lord, learning more information about him and seeing Him as a close friend. He repeatedly showed me the right path through the toughest times, and at the end of every trial, I feel like I have accomplished something bigger than the actual struggle by staying strong in my faith. Looking back over my journey to graduation, I feel like I can finally say that “I have fought the good fight, I have finished the race, I have kept the faith” (2 Timothy 4:7).

My life today would never have been the same if my father hadn’t forced me -against my will at first- to go to middle school service. My new life in Christ has allowed me to let go of the past and just focus on what my life will look like in the future. While many of my classmates are stressed out, walking in the footsteps of the Lord has led me down a path of success, happiness, and peace as I determine what I will do after high school. I am standing on solid ground while facing a sea of future uncertainty, and while I don’t know what the future will bring, I know that He will be there to guide me.

I have never completely told my story until now, and even when I was writing, I realized that, though the pain of reliving some of my darkest moments was very real, the pull that I had on my heart was never to encourage people to like me more or have sympathy for me. I wanted to tell my story to show everyone that even if you are at your lowest point in life, there will always be a reason to get out of the darkness. We all have a purpose for living, and my purpose is Jesus.

Religion, of course, is a matter of personal preference. Many people do not believe in Jesus or in any religion at all.  The lesson is the same, however: any obstacle can be overcome, whether it’s depression, family complications, mental illness, or something else, by and through faith, wherever that comes from for an individual.

I know where it came from for me.  I am far from perfect. I still struggle to pronounce words correctly (don’t ask me to say synonym and cinnamon together five times fast), but I have faith in who I am, and specifically who I am in the Lord, and I am content and confident in ways that I never thought possible, even with my multitude of flaws. With this contentment comes a desire for others to experience it to, so if there’s anyone out there with questions, they’ve got 100 more days to find me before the walls of Portage Northern High School become another dot on the map that the Lord has artfully crafted for my life. Ask away. The door -and this heart- are open.