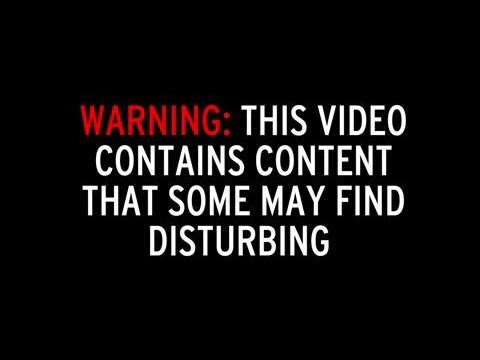 Two of our writers examine the positive and negative aspects of trigger warnings.

Why we use Trigger Warnings

The University of Chicago sent letters to incoming freshman stating:

“Our commitment to academic freedom means that we do not support so-called “trigger warnings,” we do not cancel invited speakers because their topics might prove controversial, and we do not condone the creation of intellectual “safe spaces” where individuals can retreat from ideas and perspectives at odds with their own.”

These letters caused students at the University of Chicago to feel unsafe and unprotected because trigger warnings are a necessity. According to oxforddictionaries.com, a trigger warning is a statement at the start of a piece of writing, video, etc. alerting the reader or viewer to the fact that it contains potentially distressing material (often used to introduce a description of such content).

PTSD (Post Traumatic Stress Disorder) is a mental disorder that is triggered by an event such as war, and assault. People who experience this condition are legitimate, and just as much human as anyone else. They may suffer from night terrors, panic attacks, depression, flashbacks, and uncontrollable thoughts.  With this being said, if colleges, and other resources do not use trigger warnings, then more and more of these people will feel ignored, aggravated, and put down.

People who have experienced traumatic events, like violence, rape, assault, or simply struggle with mental health issues will always be at a disadvantage if trigger warnings are not used. Trigger warnings aren’t ways to just avoid debate or create controversy, they are simply there for building a safe environment on campuses. Also these warnings are possibly lifesaving. By getting rid of trigger warnings, completely eliminates the students’ feeling of protection, and support; making feel students weak, ignored, and “powerless.”

Students who are susceptible to mental health problems, such as PTSD or panic disorders, do not deserve to experience topics that may cause aggravation due to non essential triggering, therefore we must use these warnings to help the students prepare themselves for what they will be enduring.

Furthermore, there is a problem- people think that trigger warnings can get people out of participating. That, in fact, is not always the case. “TW’s” are just small reminders of  “hey, you are about to watch something that might affect you for these reasons…” With this being said, “TW’s” are not just excuses to leave the room, it is to mentally prepare people for the upcoming event.  A social psychologist/writer in Chicago stated, “I was violently sexually assaulted while I was in graduate school, and later, I was stalked and harassed by an ex-partner. These experiences were harrowing, and left emotional and psychological wounds, as well as triggers. Trigger warnings help me to emotionally prepare for discussions of rape, stalking, and assault, and allow me to filter out or avoid disturbing content when I’m having a particularly rough day and am not up for it.” This woman’s words help me understand that trigger warnings are actually helpful, because real people experience things that we cannot see on the outside.

Research from the National Alliance on Mental Illness provides that more than 60 percent of college students dropped out of college due to conflicts with mental health and trauma. This is caused by people struggling through pain, fear, and panic. 1 in 5 people suffer from mental illness, and alerting all students to potential triggering/harm  is just the respectful thing to do.

Bombs are exploding, casualties are accumulating, and it seems as if the end of the world is dawning. While most students are watching the screen, taking notes, and engaging in discussion, there is an empty seat in history class. Exactly why is there a vacant seat? Because the student was excused from witnessing such content. The subject of war and any controversial issue may “trigger” traumatic experiences and feelings, but should schools implement trigger warnings if it sacrifices an environment of inclusiveness, diversity, and challenging discourse? Absolutely not.

Trigger warning, as defined by dictionary.com, is a stated warning that the content of a text, video, etc., may upset or offend some people, especially those who have previously experienced a related trauma. However, trigger warnings are also a method of sheltering students and should be abandoned by school systems  immediately. Instead of creating an environment for thought provoking input, schools are creating “safe spaces” for students so that they do not have to engage in discussions centered around controversial issues. This takes away from a campus that strives to be progressive and inclusive. Instead of accommodating for social issues, schools are hindering their ability to involve the entire student body. In fact, if a student knows that there will be content discussed in a class that they will not be able to mentally handle, don’t take the class. Having a group of students being dismissed during class sets an example to their peers that it is okay to avoid topics that cause discomfort. If students keep utilizing these safe spaces, this will become a crutch and impede students’ abilities to challenge their knowledge. In extreme cases, trigger warnings should only be set in place for a student if he/she exhibits  PTSD or if their reaction to the content will cause violence to other students and/or trigger a mental breakdown. The rule of trigger warnings should not be applied to all students because it will be their way to escape uncomfortable discussions.

In a sense, trigger warnings have become an indirect type of censorship for any student’s education. For instance, teachers will shape their teaching style and content to accommodate for students that feel “triggered” by a certain topic. By using trigger warnings, there will be specific discussions and topics that will be avoided for the sake of helping students that feel inflicted.  However, schools should not work toward protecting students but exposing them. Once students start understanding that it is “okay” to talk about controversial issues, this puts them one step closer to helping the world foster openness and acceptance. A school that sees the importance of this is the University of Chicago, a highly acclaimed university.. As mentioned in their welcome letter when they banned trigger warnings, “members are encouraged to speak, write, listen, challenge and learn, without fear of censorship.” This letter sparked controversy because people felt as if they were making people with PTSD vulnerable. However, this is the mindset that all schools need to adopt if people truly want progress and change. Trigger warnings only serve a purpose to silent the student body and create a sheltered community, thus, there is truly no freedom of expression with trigger warnings intact.