Ever wonder how the other half has it? Two students shadowed each other to experience just what does happen at their rival high schools each day. Read on below or read the article on the Central Stampede’s website. 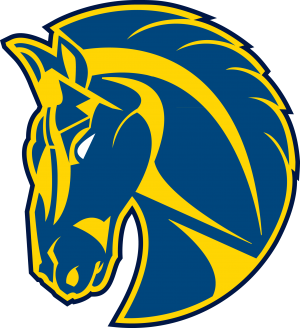 Leaving my house particularly early for a Thursday morning, I climbed into my car and started on my usual morning route. As I neared Milham and Oakland, however, I did not turn left but instead continued straight until I reached Centre Avenue. Through the bustling morning traffic,  I glanced out my window and caught sight of the giant square building with the name of our cross-town rival written across it in bold letters: Portage Central High School. I parked my car in the student lot and walked through the doors of the school I was to call mine for the day.

Immediately upon entering I found myself in the heart of the school. The welcome center, main office, attendance (grade level) office, and counseling office were all right before me. I met up with Isabella Wilson, the Central Stampede Entertainment Editor and we went to her first hour where I immediately noticed some differences. The school building is much newer than Northern’s and therefore the teachers aren’t allowed to decorate their classrooms as elaborately in an attempt to preserve the building for years to come. The walls were rather bare but the classroom environment was still quite comfortable.

The layout of PC is much more logical and basic than Northern’s. The whole school is composed of three floors that are referred to by their numbers. The first floor has language and miscellaneous classrooms. PC only offers Spanish and French, so there is room on the first floor for classes like psychology, economics, foods, and other elective subjects.  The second floor is home to English and history classes and the third floor is the location of science and math classes. The floors are stacked above each other with four staircases connecting them, which allow kids easy access to their classrooms.  The hallways are much narrower yet the staircases aren’t nearly as clustered during passing time.

We went into the media center during her seminar and I saw the coolest thing I think I’ve ever seen in a school – a coffee shop. During the remodel a few years ago, PC built the coffee shop, Vinnie’s, into the the front of the media center. Prior to the remodel, Vinnie’s had operated like PN’s muffin cart, serving coffee before school and through 4th hour. All the proceeds go to the art department. The people who work in the coffee shop are adult volunteers with ties to PC’s art department, but Vinnie’s also boasts one student employee, Stephanie Gonser (11). “I love working at Vinnie’s because of the people here and because I get free coffee, it’s super cool!”

The snacks don’t stop there, though. On Wednesdays PC sells popcorn at the welcome center and the muffin cart makes daily trips up and down the hallways. I had the distinct privilege of sampling one of these mini-muffins and they certainly are just as scrumptious as Northern’s.

For the rest of the morning, I shadowed all of Isabella’s classes. Each was unique in its own way. It was interesting to see just how different our very similar curriculum can be taught. During fourth hour I made my way to the bathroom to discover that both hand dryers worked. Not only did they both work, but they were really high quality and my hands were completely dry in seconds.

After 5th hour, we headed out to “B lunch,” as Isabella called it. At PC, if your 5th hour class is on the west side of the building, you have A lunch and if your 5th hour is on the east side of the building, you have B lunch. Lunch for underclassmen is in the commons, which is straight through the center office area of the school and near the infamous mustang statue. For upperclassmen, a popular choice is to go out to lunch. Lots of kids are able to go to their houses because so many neighborhoods are in a 2-minute vicinity to the school. Popular destinations, though, include Culver’s, Sam’s Club, Franco’s, Arby’s, and Jimmy Johns. Because of the cheap lunch options and close proximity to student’s homes, most upperclassman opt to not eat in their cars.

After lunch I noticed that students have no time to waste during passing time because they have to stop at their lockers. Unlike Northern, students at PC are not allowed to carry backpacks. This forces students to use their lockers and stop by them between most hours. Additionally, despite PN allowing them, hats are outlawed at PC. The desks are sometimes attached to make two-person tables and their carpets are dark blue with yellow stripes and can be seen even in science classrooms. Additionally, the chime of the bells at PC are less harsh than Northern’s and after ringing the clocks all read “BELL” for a few seconds. As the final bell chimed at the end of the day, however, these differences didn’t seem to make me feel any less comfortable than I would at PN.

Regardless of the many differences between our rival schools, I think either school – PN or PC – gives students a great education and a pleasant environment to make school enjoyable. Despite the bare walls at PC, the whole day I felt nothing but welcome and only slightly out-of-place at PN’s rival school. It was a great day to be both a huskie and a mustang. 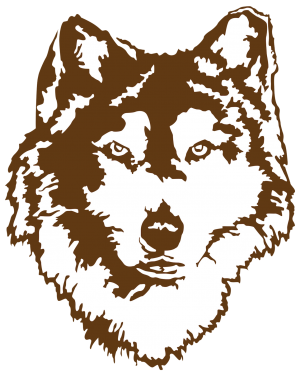 On Nov. 16, I was given the opportunity to attend Portage Northern High School for a day. Despite knowing many students who attend PN, I have to admit, I felt incredibly frazzled turning down Oregon Avenue and attempting to approach the parking lot filled with buzzing teenagers.

For starters, I had to drive at least 10 mph slower than usual due to the multiple speed bumps present in the lot; yet, I was relieved to see someone was conscious of my everlasting struggle to park straight, as they extended the spaces between parking rows a significantly larger amount than PC.

After successfully finding a parking space to my liking, I found myself with familiar faces walking into the not-so freezing school and felt rather welcome. Immediately, however, I spotted differences. Most students gather around the upper commons bridge until a five-minute bell rings, after which they immediately disperse. No one had to put their backpacks in their lockers because they are allowed to carry them to class.

With the advantage of carrying backpacks, students are hardly tardy, as they have plenty of time to use the bathroom or talk to friends in the time that PC students would have to visit their lockers. The lack of students visiting their lockers between every class makes the hallways appear much larger. In fact, they are almost two times wider than PC’s. With hallways so wide, students can walk in fours without bumping into anyone walking the opposite way.

From first to seventh hour, the mood in each classroom seemed happy and personal, as many classes are covered from floor to ceiling in decorations such as Christmas lights, posters and Hawaiian leis. Some teachers, like Mr. Crocker and Mr. Neal, play music between every class to lighten the mood, and others, like Mr. Andrew and Mr. Moon, keep couches outside their classrooms.

The curriculum, however, is almost exactly the same as PC, which is not a shock, as many teachers collaborate between the two schools. PN does offer classes like Latin and German, which PC does not, creating more opportunities for students to branch out and take courses they wouldn’t normally take.

Though only 30 minutes long, lunch was an entirely different experience at PN. It is referred to as “first” and “second,”with students who have a math, science or art for fifth hour having first lunch, and everyone else having second lunch. By being located so close to the main strip of restaurants on Westnedge, PN students have many opportunities for food such as Panera, KFC, Noodles & Co. and Jersey Giant, yet because of the copious traffic lights, most students don’t risk a tardy just to get a good meal. Because of this, a lot of students take to eating in their cars in the parking lot.

Following lunch, I found myself perplexed by the puzzle-like layout of the science wing. After being accustomed to the cookie-cutter technique at PC, I was overwhelmed by the amount of twists and turns in the halls required to attend one class.

This layout does not inhibit the decorations however, and the walls are covered in murals, posters and QR Codes to keep students involved. The PN Student Senate is in charge of many events like school dances, blood drives and fundraisers. The Student Senate representatives announce upcoming activities in almost every class, which causes a greater amount of participation.

Prior to my visit to PN, I thought that PC was inconsistent, with a hand dryer being broken in the second floor women’s bathroom since last spring; yet, PN students note that four of the hand dryers in the women’s bathrooms at their school have been broken for almost three years now. It turns out, broken hand dryers are just as common as the bad cell service in Portage Public Schools.

Despite the differences between PC and PN, it is important to note how successful and excellent both high schools are. They have helped copious amounts of men and women into successful professions and lifestyles, and I can’t help but be thankful for the many opportunities I have been given and will be given until graduation, even if I am freezing my butt off to get there.