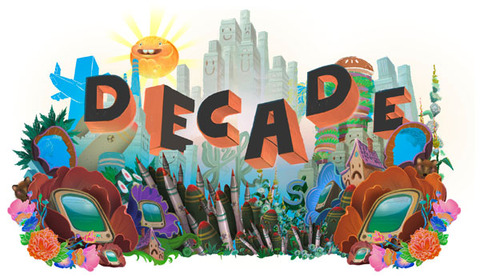 For many, January 2020 marks the ending of an era. (Artwork by Ronald Kurniawan)

For many, January 2020 marks the ending of an era.

As the new decade starts, a senior and a freshman debate who had it better growing up.

The 2000s were definitely a time to be alive. Our generation, yes seniors, I’m talking to you, were born! We grew up with incredible shows, songs, and movies. There were more messages being spread in our decade; instead of a new topic every show, we could look forward to weeks of the same story being promoted. 2000s kids grew up with the reruns of Full House, learning about family each day from Uncle Jesse and DJ Tanner. We were also given the excellence of Nickelodeon Jr, which gave us shows like Wow! Wow! Wubbzy!, Max and Ruby, Peppa Pig, Oswald, Dora and Diego, Holly Hobbit, and so many more. We also got the original Disney, which had movies like Twitches, HalloweenTown, Lilo and Stitch, and of course: HIGH SCHOOL MUSICAL! Such a classic! Our generation got to grow up dancing and jamming to the iconic high school movie. Let’s not forget how we also got Atlantis, Monsters Inc, Ice Age, Chicken Little, The Incredibles…need I say more?

While the next generation might have gotten sequels or remakes, we got the originality. Let’s not forget about some of our incredible 2000s songs that we grew up jamming to, even if they probably weren’t for our age…

There’s so many others I could list, but our generation was lucky to get artists like Eminem; who of course was even around before the 2000s but…then there’s also Avril Lavigne, Maroon 5, Taylor Swift, Beyonce, Ke$ha, and so many others. Our generation definitely started many eras.

Within the 2000s we also got shows like The Office, The Big Bang Theory, Rugrats, Timmy Turner, Spongebob, FRIENDS, The Powerpuff Girls, Drake & Josh, Zoey 101, Ned’s Declassified School Survival Guide and so many others.

Our generation was blessed with so many iconic and memorable items, and to look back on so many memories – some I don’t even remember – I can say I’m lucky to be a 2000s kid. Future generations may have their own things to remember, but I don’t think anyone could beat the 2000s kid generation experience.

As the decade comes to an end, us 2010s kids look back and reminisce over the things that made up our childhoods.

First, we have the movies that made us. From The Lego Ninjago to Star Struck, the list is basically endless. The top 5, however, would likely be:

Next, the music we obsessed over.

After that, the TV shows we grew up with.

The 2010’s might be gone, but their memories linger on!