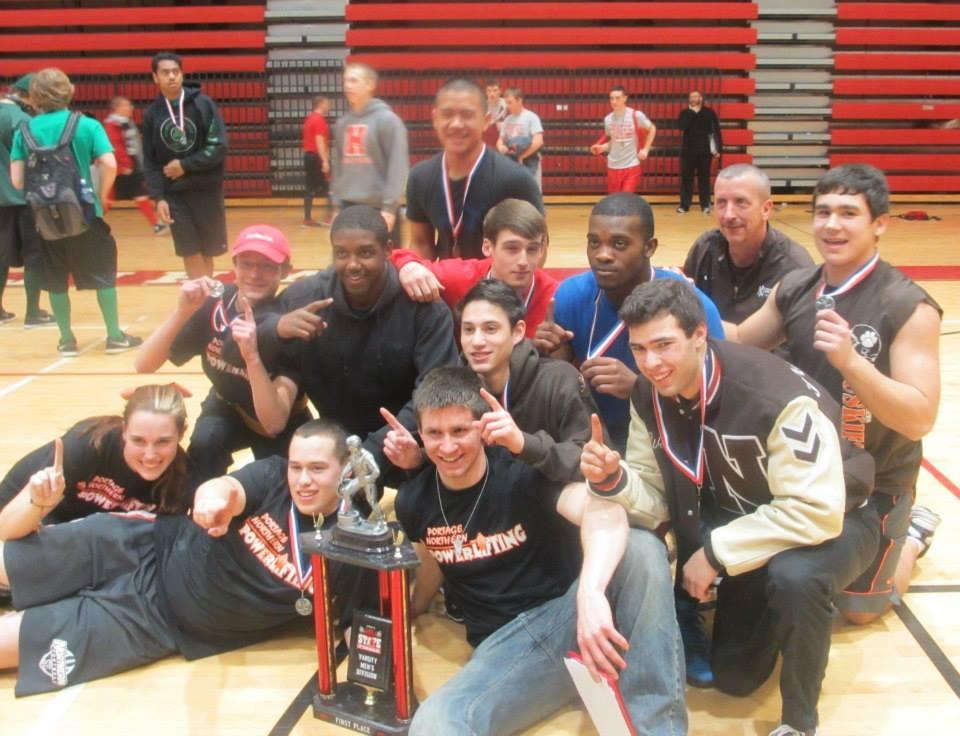 Portage Northern won its third straight State Championship in Power Lifting this year. Placing at the state meet were: Jarrod Orent and Caleb Riggs in the 114 weight class, Drake Wednig in the 145 class, Zach Devera in 155, Malik Holland in 181 which included breaking a state record in deadlift with a 590 pound lift, Jay Koski in the 194 class, and Ben Powers in the 220 class. First Place finishers were Sajjan Lawoti in the 145 class and Aaron Hall in the 123 class. Lawoti was also awarded the top overall lifter.