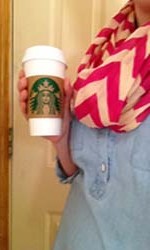 There are many people in Portage who classify themselves as a prep or a typical white girl; however, you do not have to be caucasian to be considered a part of this group. People just assume they are a part of these stereotypes because they own, do, or wear something that others associate as being “preppy”. “I don’t think it’s [stereotypes] based on personality, it’s based on how you present yourself,” Morgan Cox (10). Many people naturally assume that people of this stereotype are ignorant and so they are not taken seriously. A lot of students at Northern have proven that the prep stereotype is not all it is cracked up to be. Hollywood may make millions of dollars by portraying dumb, entitled people in their movies, but that is not realistic. When walking down the halls of PortageNorthernHigh School, there are some students who others judge as being a prep; however, many of those same people are talented and intellectual individuals.

“Its [stereotypes] part of our culture now.” Juamaine Douglas (10)

“It’s a natural instinct to judge people before we know them.  They [stereotypes] can diminish if people stop repeating them and of course not judge a book by its cover.” Callista Brown (10)