Turning Red: the perfect movie for popcorn and pizza with your family 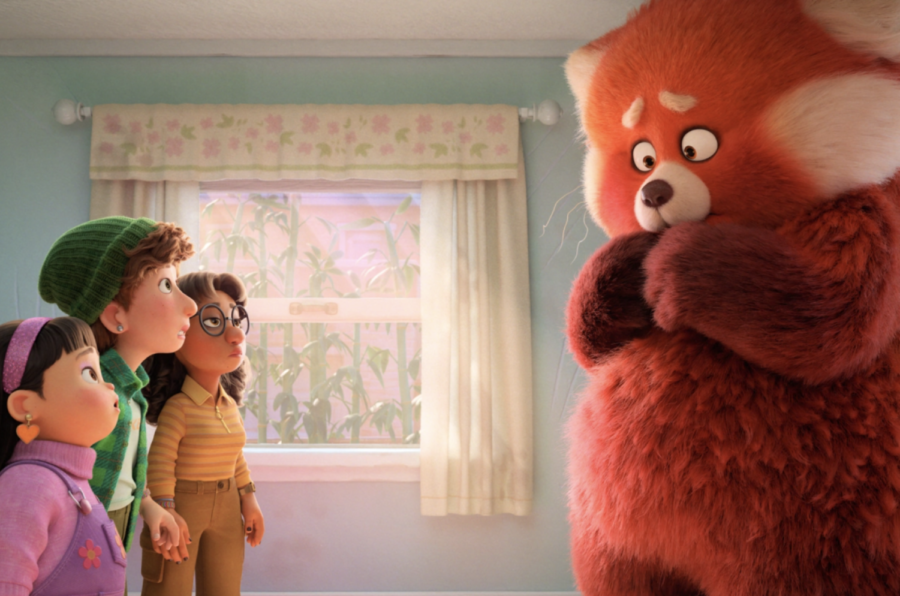 A scene from the new Pixar film Turning Red (Pixar).

Turning Red, the very latest release, came out on March 11, 2022. The movie went straight to Disney Plus without a paywall and according to Wikipedia it has already made $3.8 million world wide.

To give a quick synopsis of the film, it is about 8th grader Mei Lee, a Chinese-Canadian living in the early 2000s. She is just going through life until one day she wakes up having been turned into a giant red panda, hence Turning Red. The transformation is caused by extreme emotion of any kind, and she finds out that this has happened to every woman in her family. She is told to control it, as there is a cure but it will become harder the more it sees the light of day. Meanwhile, her and her friends want to go see a concert and use the panda to help them get the tickets. Naturally, an adventure ensues.

When I first heard about this movie, I honestly wasn’t sure if I would like it. It seemed like a weird concept and none of the trailers had really sold me on the idea, but my brother was over the moon excited about watching the movie, so we did. I have to admit that my hesitation was squashed almost as soon as the movie started. Mei is a charming main character with an awesome group of friends that make the movie fun to watch. The animation style was fun and had incredible moments, and the songs of the boy band that girls aspire to see are all written by Billie Eilish and her brother.

The themes were definitely something that I connected with. Mei spends a lot of the movie trying to figure out who she is, while trying to live up to her parents – specifically her mom’s – expectations. She struggles to stand up to her mom and is often embarrassed by her mom’s actions in public. We also see how this can generationally take place, as her mom and her grandma have a similar dynamic. Something the movie does a great job of portraying is the fragility of being 13: a hard age for everyone, as hormones rage and words like “college” and “after high school” start to be thrown around. The film shows all of that and more, with the blossoming of Mei’s attraction to males and her overall fragility with regard to her mom unintentionally embarrassing her in public on multiple occasions.

Overall, the movie is probably one of Pixar’s best. Their animation capacity has definitely come a long way and it is beautifully shown in this film. In the end, it is a heart-warming story that wonderfully shows the mother-daughter dynamic as well as a multi-generational family dynamic. It also has a lot of great comical moments and there were probably many I missed as I was born in 2006 and the movie was set in 2002. At the end of the day, I think this is a charming movie that all ages will be able to enjoy and connect to and a perfect movie for popcorn and pizza with your family.