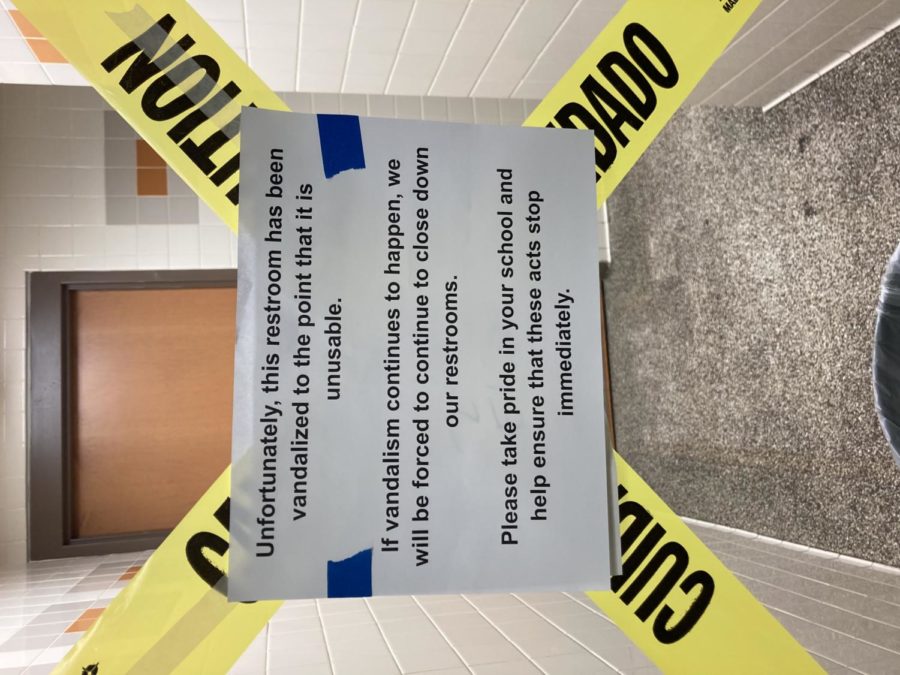 The third floor boys bathroom remains closed after it was vandalized to the point that it could not longer be used as the result of a TikTok challenge.

On September 15, the 3rd floor boys bathroom was closed due to vandalism.

“I know that someone went in there, ripped the soap dispenser off the wall, took a picture of it, posted it on their Snapchat story with them holding it, and then they went into their Spanish class and said they found it on the ground,” said sophomore Ben Knight. “They went back to the bathroom and tried to put it back on the wall.”

The student in question was apprehended.  “We are PACK Strong and we encourage all of our students to respect our building both inside and out. Unfortunately, we had to close the bathroom because students were participating in vandalism in the area,” said assistant principal Kelly Hinga. “We definitely as administrators will follow our student code of conduct as far as consequences for those involved in the vandalism.”

Page 47 of the PN Student Handbook states that vandalism could result in suspension, restitution, referral to police, or possible recommended expulsion. “Any student who is caught vandalizing school property, will indeed face disciplinary consequences,” said assistant principal Nathan Ledlow. “We hope that students will take pride in our school and band together to ensure these acts stop immediately.”