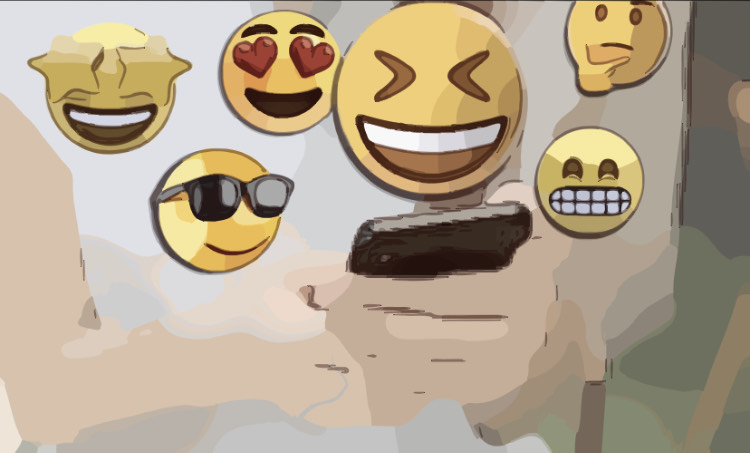 Emojis allow us to express a wider variety of emotions when writing than words alone.

Believe it or not, emojis have become the world’s fastest growing form of communication. However, many argue how with these types of newer technological advancements and features, humans have gotten lazier. It is easy to become convinced that our ability to communicate and express ourselves has been stunted by the concept of emojis.

I, as a matter of fact, believe quite the opposite. There is quite a bit of evidence that justifies how emojis actually help us identify our emotions more precisely. In some circumstances, they can even significantly increase our emotional intelligence as well. According to University of Toronto professor Marcel Danesi, having a type of digital emotional intelligence he coins as “emoji competence” or the ability “to intersperse emoji images into a written text in order to imprint a positive emotional tone into it” plays a huge role in how we digitally interact and communicate. Simply put, emojis help us work past internal conflicts with expressing our true feelings and emotions while adding a dash of humor and color.

Emojis do not result in more struggle within social situations or opportunities for creative expression because they actually have the ability to make us more efficient and relatable to others around us. Learning what is available and when to use them comes in handy more often than expected. People could become more adept at reflecting on their own emotions. It is simply impossible to incorporate facial expressions and direct symbols of mood within writing, and as a result academics have been becoming more optimistic about the use and application of emojis.

It is difficult to grasp the concept of emojis being present in more serious situations because of the rigid image they have for many. Emojis have been seen as silly and childish for their cartoon-like appearance and essence. According to Professor Evans- an expert on language and communication, in our everyday face-to-face spoken interactions, as much as seventy percent of our emotional expression may come from non-verbal cues. Things like tone, pitch, rate of speed, etcetera give us important information that compliment and even change the meaning of our words.

In conclusion, times are changing, and so can past preconceptions. Emojis – whether as ice creams, flags, people, fashion items, or smiley faces – are starting to possess a crucial role in expression within various workplaces. It is time to step up our emoji game before it is too late.