Facts over fiction: things your teachers told you were true, but definitely aren’t 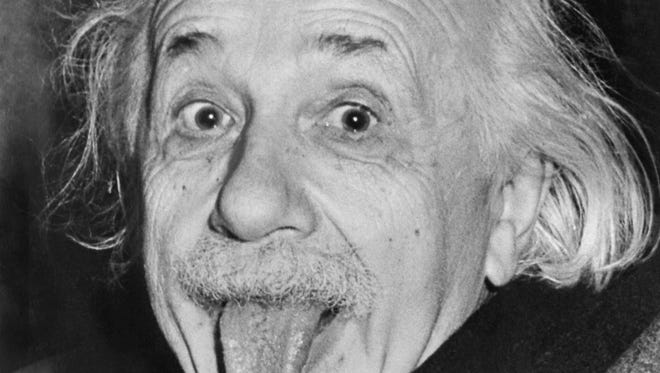 Over their years in grade school, children learn how to do a bunch of stuff. From mathematics, to English, to art, students are offered a broad range of classes to cover any and all of their educational needs and desires. But what if what we were taught just simply isn’t true?

For some this is to be expected, and for others this may be astonishing. But, the truth is, standard school curriculum warps or completely leaves out important events of the past. Examples, you ask?

Rosa Parks was not the first black woman to stand up to a segregated public transit system.

While Rosa Parks did refuse to give up her place on a bus to a white man, she was not the first woman to do so. A century before Rosa Parks resisted segregation in 1955, a woman named Elizabeth Jennings Graham became one of the first black women to ride a whites-only streetcar in 1855. As a result, the state of New York ruled that black people could not be excluded from public transit.

Henry Ford did not invent the automobile.

Although Henry Ford is the brilliant mind behind the Model T and revolutionized the concept of assembly lines, he did not invent neither the assembly line nor the automobile. This title should most likely go to Karl Benz, a German engineer who developed a working car by 1885—23 years prior to the release of the Model T.

Although most of us probably had to study the “tongue map” in elementary school, this map drawn in 1901 has since been proven false. Scientists now know that the entire tongue is designed to pick up all sorts of tastes and sensations.

Thomas Edison did not invent the lightbulb.

Although Edison sold himself as the lone creator of one of the world’s most revolutionary inventions, the lightbulb was actually a product of a team of scientists that worked collaboratively to get the job done.

Although Lincoln did, in a way, advocate for black rights, he has explicitly said that he was not and had never been in support of “social and political equality of the white and black races.” He stated in an 1858 debate that he was opposed to Afrtican Americans having the right to vote, to hold office, and to intermarry with whites. Additionally, he has also said, “If I could save the Union without freeing any slave I would do it, and if I could save it by freeing all the slaves I would do it,” a belief further reinforced by the reality that the Emancipation Proclamation only applied to Confederate states, not Union states. Lincoln wanted to do what was best for the Union, not for African Americans.

Albert Einstein did not flunk math.

While teachers might use this line to help out troubled students, Einstein was actually far from bad at mathematics. He mastered calculus by 15 and had taught himself geometry and algebra by the age of 12. This line may have been derived from the time Einstein did poorly on an exam once—but this was only because it was written in a language entirely different from his own.

Thanksgiving was not a happy potluck celebration between the pilgrims and Native Americans.

So here’s the myth: friendly Indians, belonging to no particular tribe as far as we can tell, welcomed the Europeans to America when they arrived in Plymouth in 1620. The Indians taught them how to live in the New World and grow corn, and then they all sat down to have a huge celebratory dinner party. There are multiple problems with this. For one, Native Americans had called America their home for at least 12,000 years before the Europeans arrived, yet American history textbooks depict the arrival of the Mayflower as the “start” of American history. Not only this, but the Mayflower’s arrival was also not the first time the Indians had run into the Europeans. The Indian tribe that reached out to the Europeans—the Wampanoags—had already had a century of contact with them before the Mayflower’s arrival, which mostly consisted of bloody run-ins and forced slavery upon the Native Americans. While it is true that the Wampanoag leader had reached out to the pilgrims for an alliance, it wasn’t because he was being friendly or welcoming. His people had been wiped out by an incredibly deadly and large-scale epidemic, and he viewed the English as a helpful ally against his enemy tribe. The arrival of Europeans on Native American land is not remembered by the tribes as a day of giving thanks, but rather as a day of mourning.

Slavery was not confined to the south.

While it is a common misconception that the south was always for slavery and the north was always against it, this turns out to be false. In fact, Massachusetts was the first colony to legalize slavery. George Washington, Thomas Jefferson, and other founding fathers owned hundreds of slaves.

Milk does not necessarily make your bones stronger.

While small cows must continue to drink milk through adulthood to remain healthy, this does not mean it holds true for humans. Multiple studies have shown that milk has little, if any, significant nutritional value for older children and adults. This misconception was most likely the product of a huge advertising campaign from dairy companies and the U.S. Department of Agriculture.

According to our history textbooks, the Boston massacre was a big, bloody fight between British soldiers stationed in America versus the citizens of Boston, Massachusetts. In truth, a group of teens had approached a British soldier in Boston, started tormenting and laughing at him, and some nearby soldiers rushed to his aid. It isn’t known who opened fire, but only five people died in the end.

Jews were not the only ones who died in the Holocaust.

Although Jews are said to be Hitler’s main and only target during the time of the Holocaust, this statement holds no truth. Gypsies, Slavs, disabled people, homosexuals, and people who opposed Hitler’s plan were all victims of the Holocaust.

Bears (and other hibernating mammals) don’t curl up and go to sleep for six months.

During hibernation, a mammal undergoes several physiological changes that enable it to survive through harsh winter months. Their heart rate, blood flow, and metabolism decreases, but they still occasionally leave the den or move around from time to time.

Slavery did not end with the civil war.

Although the new 13th amendment supposedly ended slavery after the Civil War, forced labor was still allowed as punishment for a crime. Tens of thousands of Black Americans who committed no real crime were kidnapped off the streets by sheriffs, convicted in informal local courts for vague, nonsensical “crimes”, issued fines they couldn’t pay, and sold to businesses to work in conditions that were often worse than those of slavery.

He did become interested in gravity when he watched one fall from a tree, but there’s no proof that one ever actually fell on his head.

The Egyptian pyramids were not built by slaves.

Hieroglyphs and archaeological sites suggest that the pyramids were made by a society-wide network of skilled workers who were probably paid well.

While there are more, I believe you get the point. Our education system has warped, changed, and erased entire centuries of American history, and has even misled students on basic scientific concepts. This should be concerning. For one, we are simply unaware of the actual story behind how this nation came to be. Likewise, we become ignorant as a result of our lack of knowledge. History books depict America as being on a constant upward trajectory, meaning that they make it appear as if we started this country and haven’t stopped improving since. This sends the message to young people not only that we are superior to other countries – which is, in many ways, untrue, but it teaches them that they don’t need to stand up to their government and that they don’t need to protest, since everything is allegedly already perfect. With this system in place, it will be difficult to ever truly get anywhere, see change, or have a good insight on our past. Our children deserve the truth.