The camera-on requirement: who is it really helping? 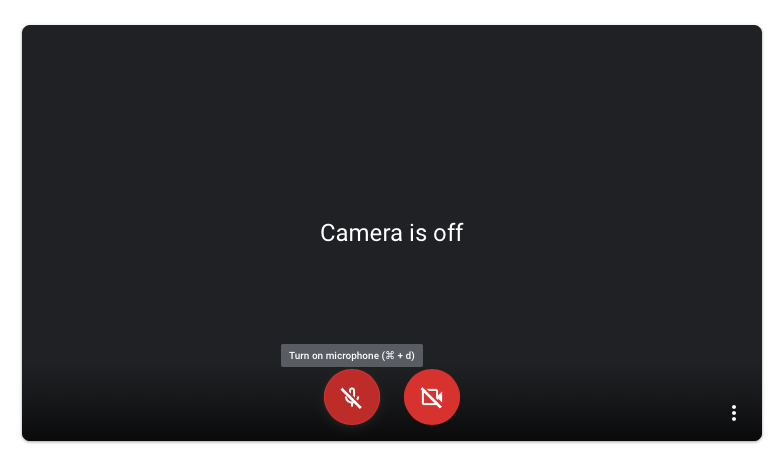 When students log into their Google meets, this is no longer a choice they can make starting in semester 2.

At the beginning of the second semester, the new “camera on” policy was announced, permitting teachers to require student’s cameras to be on during class. The main reason this policy was implemented was to allow teachers to view that their students are actively engaged during class. However, some students feel that this policy is not fair to them as it is more detrimental than beneficial to their online learning environment.

What if a student has some sort of a camera issue? These issues include the camera freezing, the camera not turning on, or even the message “camera not found,” implying that the device is not hooked up to any sort of camera. The issue could be as simple a solution as restarting their Chromebook, or depending on the issue, the student might need to bring it to the school to be repaired. Nobody knows this reality better than NHS building computer technician Diane Gottschalk. “We have about 4 camera issues reported per week” she shares. While four might not seem like a big number, 4 a week, consistently, means that it is a consistent problem happening to the only device that many students have to access their schoolwork. From the beginning of the semester to now, if 4 a week is an average, that’s 108 impacted students. A student should not have to worry about losing points for class engagement due to a technology issue.

Another problem with teachers being able to require all their students to turn their cameras on is that it can cause a computer to run slower or even cause a Google meet to be glitchy. “I haven’t had problems necessarily with my camera, but I have had wifi problems to the point where having my camera off was the only way to not get kicked out of my class,” shares senior Brooke Hoag. “I found it hard because I didn’t want to get points taken off for the day for lack of engagement because of my wifi issues. Not being in person it’s harder to not miss information in class when the wifi goes out, and having to worry about the engagement portion with having cameras on also creates stress at times like that. I was trying to focus on staying in class and being able to hear information, but I couldn’t help but wonder if I would have points taken off for the day.”

The problems with video-on for computers in Google meets is real:  just being in a meet where students have video on takes up so much bandwidth that students returning to the building can’t even be logged into the Google meet with their virtual classmates because the building network can’t handle it with or without video, effectively cutting in-person learners off from their virtual classmates. We shouldn’t make a rule without making sure we have the technological capability to execute it without any failures being at the expense of students. Allegedly, we’re doing this in the name of student learning, but how does it increase student success if they have to go without their Chromebook while it’s being repaired or have a Chromebook that glitches out, both resulting in missing learning

More than a background

One of the most common reasons that adults feel like it’s ok to require students to turn their cameras on now is because Google Meet now has the “blur background” function. What they fail to understand is that blurring a background doesn’t account for all of the reasons that students might want a camera to be off.

It is true that students may be self-conscious about their surroundings, but even though there is the option to turn on a background, that option is not always the best option. It slows down the processing power of the computer even more than just having the camera on. In addition, it can be very distracting to other students, especially when it starts glitching in and out. In the worst case scenario, it can make the meeting inaccessible. It would be better for a student to have their video off than to have them be anxious about all of the tech troubles that using the background blur is causing.

Some students may also be self-conscious about themselves. This can take the student’s focus away from the lesson. In person, students don’t look at themselves, and most of the time, their attention is focused on the teacher, not on looking at each other. Google meets with video on are very different: they are like looking in a mirror for 7 hours a day while everyone else looks at them, too. “Just because the background of one’s learning environment is blurred, does not make it any easier for someone to want to have their camera on,” explains senior Keshavi Dave. “Some people have their cameras off for privacy, some have them off because it’s draining to be on camera for 7 hours. I don’t have my camera on sometimes because blur can’t fix the fact that it’s early in the morning and I don’t have the energy to be on camera.”

The truth that adults miss is that requiring cameras to be on during class can be very distracting. Students become focused on whether other people are staring at them rather than the subject matter they are learning. Since everyone’s faces appear on the computer screen, set out directly in front of you, it feels like everyone else is staring…constantly. It can be quite an uncomfortable feeling, and it’s the opposite of a “safe” feeling environment where kids learn best. Learning in person and online are simply completely different things. “My reason for my camera being off, even though I could have it on with a blurred background, I feel like when my camera is on it distracts me from learning,” shares sophomore Lexi Jenkins. When my camera is on, it impacts my self-confidence and makes me wonder about what others think of me, and it doesn’t help my learning at all.”

When they require videos on, instead of setting up a place where students can learn, they have set up a place where students can be overly self-conscious about their mannerisms and subsequently lose focus on what is being taught. Additionally, having cameras on causes so unnecessary anxiety because many students have the fear that someone could possibly click on their icon and capture a less than flattering photo of their face at any point during the class. Students aren’t learning when they’re afraid, anxious, or uncomfortable, so if the goal of the cameras on policy is helping students learn, it’s missing the mark.

Students also have other life situations that background blur doesn’t fix. Some students are left home alone during school hours while their parents are at work, while others may have to workalongisde their work-from-home parents or siblings. Some even have to help their siblings with their virtual learning while still balancing their own classes. It can be distracting to other students to see a lot of movement on the screen, so in these cases, it’s better to be video off than to have to share all of these realities with classmates. “The only reason I’ll have my camera off is if I’m going through something and I look rough,” says junior Aniyah Kent. “The camera can’t blur that out. Or, if my mom is talking to me, I don’t want to be a distraction for others so I turn it off.”

The definition of engagement in the way that it applies to school is: “participate or become involved in.” The camera-on policy should not even be considered a form of class engagement. In person, being present in the classroom does not equal participation, and a student can be physically right next to their teacher and still not be engaged. A student can have their camera on in a Google meet and still be less engaged than a student who has their camera off. “From my experience with online school, I have learned that there is a huge accountability factor,” says senior Jack Eiden. “Simply put, with online school, you get what you put into it. You have to hold yourself accountable to pay attention, participate, and do your work on time and diligently. I think that having the camera on is good for students who struggle to keep themselves accountable for their school work, but in all honesty, it really comes down to the student putting in the effort, regardless of their camera being on or off.”

The work each student produces and the grade each receives on assessments or quizzes can be the deciding factor on whether or not students are engaged, participating in class, and learning. If students are keeping their grades up, then there should be no question on whether they are remaining attentive. Students that make an effort to reach out to their teachers if they are struggling also show that they are engaged during class because they are making a serious attempt to understand. Also, with the chat and mic, students can participate without the need of showing their faces on the screen. The wide variety of text-only communication tools that people use in their daily lives (text and basically any social media or messaging service) prove that cameras are not necessary for discussion or engagement. “I do not think that having video on increases engagement,” says senior Stephen Loparo. “I think that the best way to examine a student’s engagement in class is by their understanding of the topics, which can be seen in classwork or homework.”

Teachers should also not automatically assume that because students have their cameras off that they are not listening or are no longer present at their computer because there are other means of deciding if students are using their class time wisely. There have certainly been instances where students are found to have fallen asleep or they have walked away from their computers during class, but wouldn’t that happen in person, too? Haven’t we all had a class where a classmate fell asleep, or where we got up to go to the bathroom or left the room to get a drink? If a particular student has failed to show any kind of effort, such as failing to do any work, and this raises concern for teachers, then they can reach out to them for a one-on-one chat.

There is another unintended consequence: a loss of trust between teachers and students because now, one’s camera is required to be on in order to prove that the student is physically attending their online classes. Overall, the quality of learning should be decided by the individual student: if they learn better with their camera-on, then they should have their camera-on, but if the student struggles to focus with their camera-on, they should have the option to keep their camera off. “I don’t see how cameras need to be on to “prove” anything,” Dave says.  “Forcing students to have cameras on doesn’t sit well with us; we will have them on if we want to, but having to force us to do that makes us not want to do it even more.”

Students really do understand that teaching to a bunch of icons can be disheartening for teachers, but if a student’s personal preference is to have their camera off, then that should be accepted. The way students learn has changed drastically in this virtual environment, and many are having a difficult time coping with the fact that they cannot interact with classmates or even friends in person on a continuous basis anymore. Overall, teachers and students should find new ways to interact virtually, respecting that what works for some people, such as having their camera on, will not work for everyone.