Top Ten Ways to Procrastinate Rather than Study for Exams 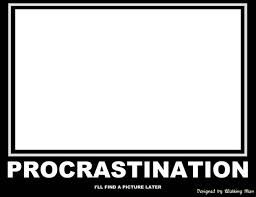 In the midst of cramming, crying, and cursing yourself for not retaining any information from first quarter, you’ll need a break.

Stalk underclassmen/upperclassmen Twitter fights and try to decipher the five-person argument that’s chock-full of Emojis, subtweets, and passive supporters favoriting or retweeting their preferred side. Cry when you accidentally favorite a Tweet from seven weeks ago from a sophomore that goes to Gull Lake and make up dramatic background stories behind solemn Tweets that–for the sole purpose of sounding serious–use correct punctuation.

2. Get lost in Wikipedia

Cosmic latte, death by laughter, phonaesthetics, 2 + 2 = 5, the mimic octupus, James while John hadx11 a better effect on the teacher, Faberge eggs, malapropisms, mondegreen, and cognitive dissonance. This is my apology for the next four hours you’ll waste in Wikipedia.

Go through your 531 “Tagged In” photos from middle school when you thought your tongue was photogenic, as were you under the unnatural flash of your digital camera. Proceed to gag at your middle school-era awkward albums (titled “Awesome Pictures 2011!!”) and untag yourself from everything.

4. Get lost in TedTalks

We’ve all embraced our inner nerd and considered metaphysics (while crying because it makes perfect sense at the same time it doesn’t!) and we’ve all gotten super inspired to change the world in the way that that TedTalk speaker did. Everything is possible, even if you aren’t an incredibly talented deaf musician or a pioneering oceanic explorer.

It’s simple. We need eight hours of sleep, and as growing and developing teenagers, 7.5 hours just isn’t enough. Case closed, Mom. Stop yelling at me for sleeping on the living room floor. Brain rest is the best rest.

This is actually a tool to study. If you’re in an unproductive study group (let’s be real, a ‘study group’ that’s not preceded by ‘unproductive’ was forced by your teacher in some horribly awkward gathering), just argue with your study mates about the material. You know your Biology so much better after shouting at your friend about it for 20 minutes at Water Street.

Cafe hopping is costly, but worth it. After a good hour in Tim Horton’s with a iced capp supreme, make a hop to Biggby for a caramel mocha. Starbucks, Chocolatea, and Water Street follow nicely, each with their own dose of caffeine and people-watching opportunities.

Preferably if you’re not at a cafe. Regardless of your taste in music, house music has the power to make the stiffest person tap their pen to the hard-hitting beat and other high schoolers stand up in trance and jam to Eastern European-produced dance music. Pandora’s house music radio station is prime. Close the door and shamelessly nod your head until you feel motivated enough to cram more. Other music excursions to Celine Dion, Mariah Carey, and the likes are also acceptable.

Just one episode. Think of it as a reward for your previous hard work. You deserve it.