Come together: healing a divided America 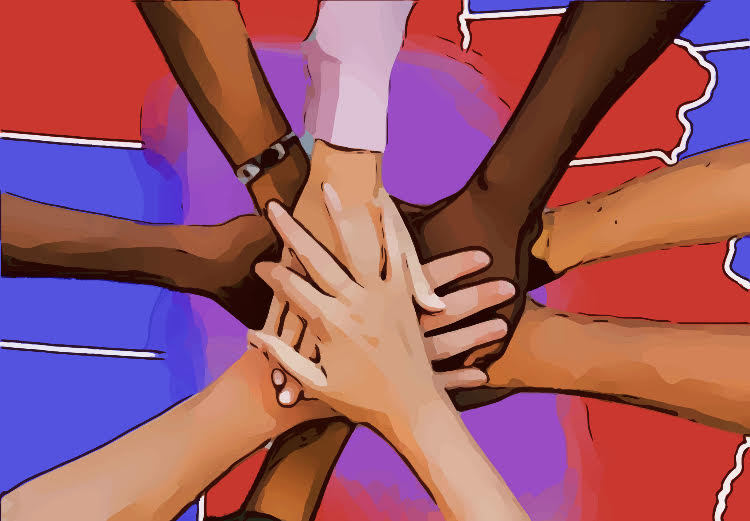 It is only by setting aside our preconceived notions, engaging in thoughtful conversation and listening - truly listening - to what the “other side” has to say, that the nation can begin to come together once again.

It is a common misconception in America that shared ideals (i.e. liberty, opportunity, equality) constitute a unified nation. This misconception has led many to conclude that the nation’s increasing division stems from the introduction of an alternate, more sinister set of values held by a significant proportion of the population. In reality, no such value system exists. Regardless of political party, Americans still hold the same lofty beliefs that existed at the founding of the nation. What, then, could be the cause of such discord? Disturbingly, the very ideals which united the country for generations are beginning to rip it apart.

Let’s first look at the term “exceptional.” Although it may seem as though this word is straightforward in its interpretation, the reality is that Democrats and Republicans define it quite differently. According to a focus group conducted by pollster Frank Luntz in 2018, when posed the question “Is America exceptional?” almost all the Republicans said yes while only half of Democrats did. This difference between the two political parties comes as a result in what they view “exceptional” to mean. The focus group found that to Republicans, being exceptional can be equated to being the best among the nations of the world, whereas for Democrats, America’s exceptionality has more to do with an evaluation of the negative and positive qualities the country possesses (i.e. poverty and inequality vs. freedom and opportunity) than its global standing. Being presented with this information, one might find it to be inconsequential. Does it really matter if the meanings of words have diverged slightly between political parties? Well, yes and no. On a surface level, it’s true that variations of the definition of the word as “exceptional” depending on political party are little more than an interesting observation. When examined more closely, however, it becomes clear that these variations stem from a shift in how our nation’s core values are viewed and have created a profound division in the perception of America between Democrats and Republicans.

Opportunity is an ideal central to American democracy that contributes to the exceptionality of the nation. Unsurprisingly, Democrats and Republicans disagree on whether or not this ideal is being lived up to. In a 2018 survey conducted by One Poll, participants asked whether or not they agreed with the statement “America is a place where if you work hard and play by the rules, you can get ahead.” The difference in opinion between political parties is striking. A definite majority (78%) of Republicans agreed with this statement, while the results among Democrats were mixed (57% agreed). Whereas most Republicans see the ideal of equal opportunity as realized, Democrats are more likely to believe that it has not been. This is the case for other values, such as freedom and equality. Taking this into consideration, it’s no wonder that Republicans are more likely to view the country as “exceptional” than Democrats. Increasingly separate perceptions of America have fueled hostility between political parties.

A 2019 Pew survey found that 63% of Republicans categorized Democrats as unpatriotic compared to only 23% of Democrats who would say this about Republicans. These results could be due to the fact that Republicans are aware that Democrats are less likely to view the United States as better than other countries. As this is their metric for American greatness, they find Democrats to be unpatriotic. On the other side of the aisle, the same prejudices are evident. The same survey found that 75% of Democrats view Republicans as close-minded compared to just 64% of Republicans who see Democrats this way. This may be because Democrats weigh what is good about America against what is not in order to determine whether the country is succeeding, and so view those who determine American greatness based on global comparison close-minded to the problems within the nation. Intensified negative views of members of the opposing party have divided the nation along partisan lines.

Nearly 80% of Americans now have “just a few” or no friends at all of another political party, according to Jocelyn Kiley, associate director of research at the Pew Research Center. Worse than this, more than one-quarter of Americans (27%) acknowledge ending a friendship or cutting off a family member due to political differences following the 2016 election. If we continue on like this, isolating ourselves from whoever does not share our opinions, the union cannot survive. It is only by setting aside our preconceived notions, engaging in thoughtful conversation and listening – truly listening – to what the “other side” has to say, that the nation can begin to come together once again.