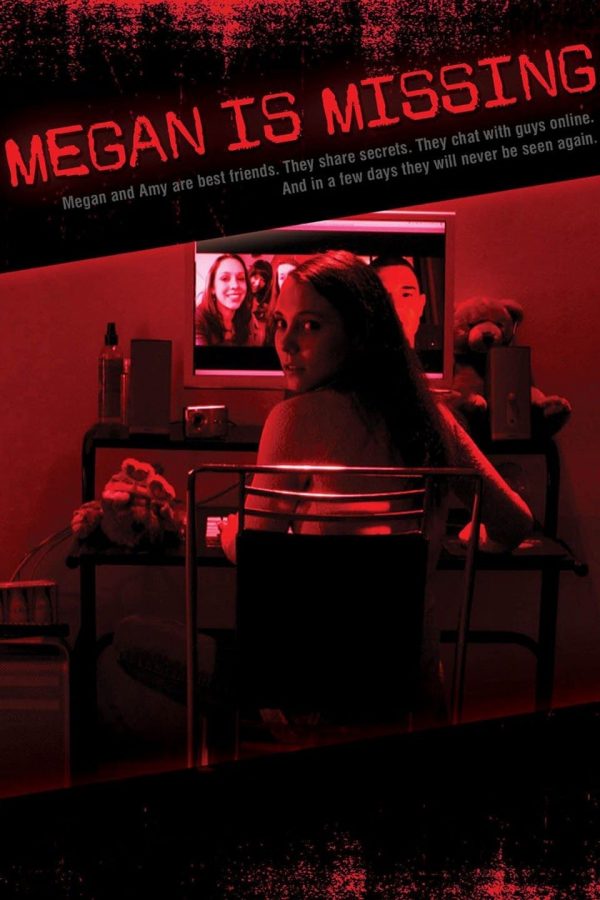 Megan is Missing came out in 2011, but has become popular again thanks to TikTok.

*Note: in keeping with describing the content of the trend accurately, this article may be disturbing to some readers. Discretion is advised, and help numbers are at the bottom*

If you have TikTok downloaded on your phone, you are pretty familiar with the trends that go on during that app. A trend is a general direction in which something is developing or changing due to the public liking. Being on TikTok for a while, I notice a lot of movie trends and the theme seems to be best scary movies. For me, I love horror movies and nothing really scares me since I watch them so much. I ran across one video that caught my attention: “Megan is Missing Reaction.”

The video contained a girl reacting to this movie. She went through a variety of facial expressions, and by the end, she was crying. I was very confused but interested in why that was her reaction, and the caption insisted that if you like scary movies this is the one for you type of thing. I like horror movies and I am always up to watching something new. However, this was not what I was expecting. If you have not seen the movie, watch at your own risk, and it for sure needs a trigger warning for anyone who has been abused, assaulted, kidnapped, or trafficked.

The beginning of the movie – which is completely fictitious – was written like a documentary with all the footage coming from either the main character Megan or her best friend Amy.  The first scene shows Megan and Amy calling each other and going to a party, featuring some inappropriate footage and substance scenes later on. The first thirty minutes of the movie was just mainly Megan and Amy having out, talking and vlogging. Right at the thirty minute mark is when things go south and Megan’s “friend” encourages her to chat online with this guy named Josh, aka “skaterdude.”

She gets in a chat room with him and calls him, and he has his camera off. She continues to talk to this “boy,” and he tells her to go to the party. She was hesitant at first, but goes to the party anyway, and after being there for four hours, she still has not seen him there. She decides to call him later and ask why he didn’t show up, but he claims that he did: he even describes to her what she was wearing and that he was “shy.” Megan believed him that he was shy and continued to talk to him, and he later suggested that they should meet behind the local diner at her home town.

That was the last time anyone saw Megan.

Before I get into more detail about this movie, I will warn you that it is traumatizing and you can skip to the next paragraph if you do not feel comfortable about what I am about to describe. After that scene, it goes quickly to Missing Child Commercial for Megan and shows security footage containing Megan walking then quickly being grabbed by the arm by a man, who drags her away. The “commercial” goes on and it cuts to the shot with her friend Amy trying to find her. Amy calls Megan’s “friends” asking if they have seen her, and then she calls the boy Josh and asks him if he has heard from Megan and he claims that she never showed up to the diner. Then the screen goes black and describes that the photo they were about to show was believed to be Megan and found on a website. It was Megan being bound and tortured in her under garments. The movie does not have a MPAA rating in America, but in Canada it is 18A (viewers under 18 need to be accompanied by an adult). The rest of the film is as violent and disturbing as any modern horror movie, but has the added terror that it could actually happen.

Why am I writing this? Because I did not accept this. On TikTok, it was advertised as a scary movie with no warnings whatsoever about how traumatic it would be. Even though the movie is fictional, sex traffiking is real. According to the Washington Post, 68,000 people are sex trafficked per day, many in plain sight.

In fact, that’s why the film was made: as a cautionary tale to warn about sex trafficing. Released in 2011 and set in 2007, director Michael Goi told Entertainment magazine that the film was, “born out of his experience working with a forensics investigator on another project, and his dissatisfaction with programs like To Catch a Predator for their “sensationalistic” portrayal of internet predators. The filmmaker, who’s gone on to shoot shows like American Horror Story, wanted to make something “raw” to capture what really could go down if kids trust the wrong people online.”

After 55,000 viewers, most under the age of 18, watched the film one November weekend, Goi was contacted about the trend and eventually went on TikTok apologizing for not warning about how “brutal” the movie was, suggesting that the words, “photo number one” serve as the warning for the faint of heart to stop viewing. He also said to not watch the movie alone or late at night. He also explains that there is some confusion about the movie and that people are getting the message wrong, clarifying that while the events were based on true stories, none of the film or the footage it contains is real.

Despite the message, viewers continued to not take the sex trafficking warning seriously, posting jokes and mocking Megan on TikTok. I was shocked that people were doing this and I quickly went to the comments on these videos. Responses to comments included “stop being sensitive,” “this is a fake situation,” or “take a  joke.” The problem is that this is not a laughing matter:  trafficking can happen to anyone at any given time. It is a real situation that needs to stop, but instead continues to get bigger. This whole purpose of this movie was to show that this can happen and we need to be careful who we talk to and meet up with as well. This message has never been more important to a generation that it is to ours.

Maybe you followed the trend and already watched the movie, but if you haven’t, the lessons it contains can be learned without ever clicking “play”:  if you are chatting online with someone, and they don’t have their camera on or have an odd vibe, don’t just go along with it. Either stop talking to them or do your research, and not just a little research, a lot of research. If you ever meet up with them, go to a public place during the day and bring your friends. As much as it seems embarrassing, it might save you in the long run.