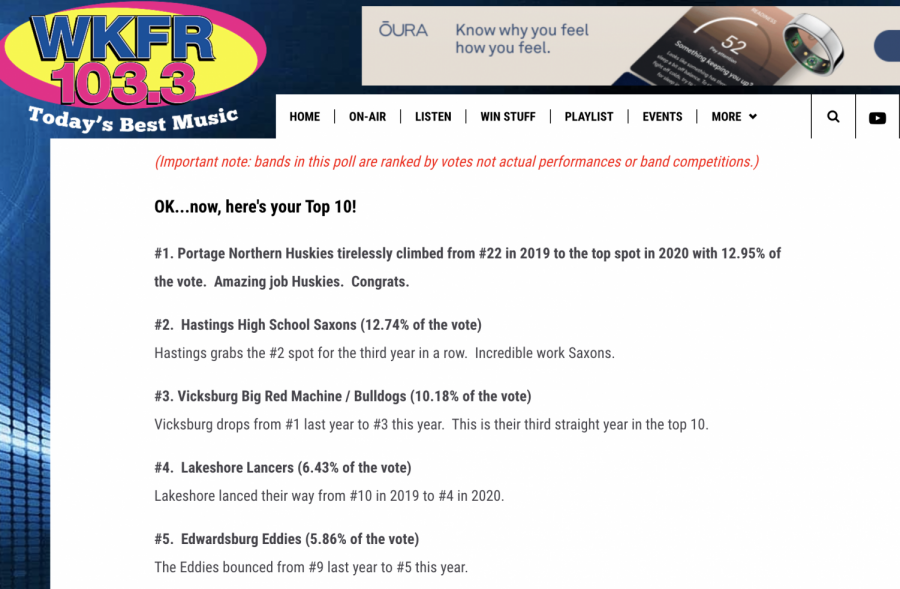 In November, local radio station WKFR launched their “Vote for your favorite Southwest Michigan High School Marching band” poll. 75 southwest MI area marching bands competed, with listeners getting one vote per person per day for their favorite band. Last year, the marching Huskies came in 22nd place, but this year, the band captured the title with the highest number of votes.

“There are so many amazing band programs in Southwest Michigan, it was an honor to be chosen!” says band director Josh Bartz. “We have such a dedicated student-led group with amazing parents, supporters, and community members. It’s always fun and fills me with pride to have their hard work recognized!”