The effects of being self deprecating 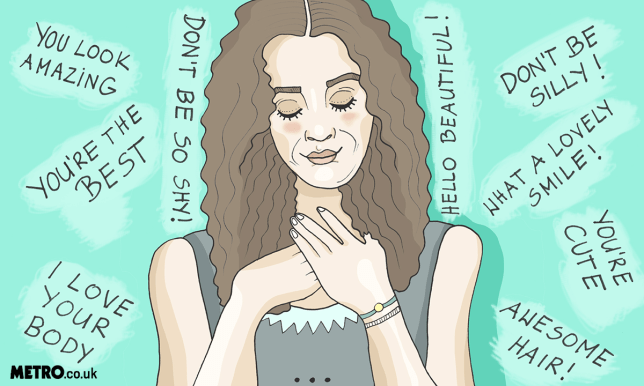 Humor. It’s used to make people laugh, make people feel better about their day, and most importantly, it attracts people. In a world where big personalities thrive, however, the wit that goes along with it may be at the person’s expense. Teenagers in today’s society are plagued with the thought that they are not good enough, and to offset this, many turn to self-deprecating jokes or comments, giving them a short lived sense of comfort in the laughter of their peers.

When surveyed, in a PN class of 21 freshmen, 18 of the students admitted to feeling insignificant or like there is something wrong with them and expressing the feeling through self deprecating humor. “People poking at my weight has always been a big insecurity source for me,” freshman Ashley Rentz admits. “They still do, which you know…sucks.” Body image seems to be a big issue not only with females, but with men too. “I grew up with big and bulky guys around the house,” freshman Garret Laabs expresses.  “I’m pretty much a twig, so that was always something I hated about myself. It was never anything anyone else said, I just always struggled with it.”

Despite their struggles, Laabs and Rentz are self-identified class clowns. “Yeah, the laughs are definitely at my expense,” Laabs confirmed. ”It’s the classic ‘they are not laughing at me, they are laughing with me’ thing.” Laughter doesn’t always mean joy, though.  “For me, it’s a way I can express my insecurities, and not be seen as a basket case. Basically, it’s a cry for help,” Rentz jokes. The jokes come from many places: “As an Asian American, everyone thinks I have the Coronavirus,” she says.

Rentz and Laabs are both valued members of each class. “They find a way to bring light and lots of fun to each lecture, even if it is about when some guy did something 200 years ago,” freshman Ellie Mace shares. “Yeah, their jokes can be self deprecating, but that’s how the majority of gen z speaks and I don’t think that will change any time soon.”

Self-deprecating humor can be used in a multitude of ways and for a great number of reasons, as shown by these comical kids.  However, it is important to know the other outlets for these feelings and that there are people who feel the same way. You don’t need to be funny to be heard.