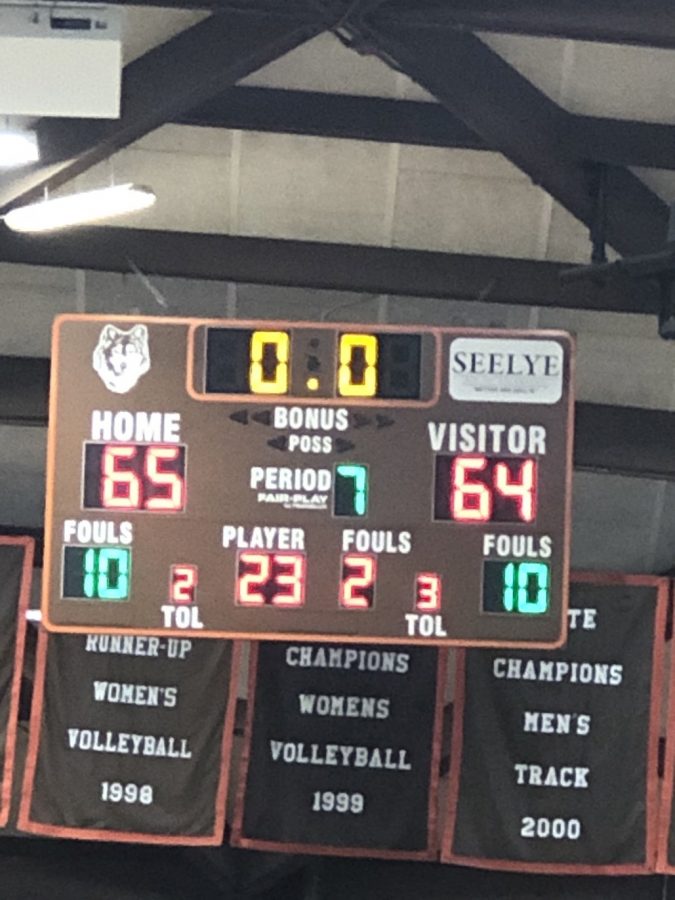 As if two overtimes in the last game wasn’t enough, the Huskies took their next game against Gull Lake into three overtimes before winning in thrilling fashion, 65-64, with a last-second three pointer from junior shooting guard Jaleel Williams.

The Huskies fell into a double-digit deficit after the first half, but a great defensive effort propelled their comeback. “We gave up 4 points in the whole second half,” said head coach Ben Neal. “That defense effort led to baskets on the other end and gave us some confidence.”

On the offensive end, Nate Mason contributed 17 points, junior D’zharion Reynolds put up 15 points, junior Anthony Tyus III had 10 points, senior Jeff Wilson contributed 10 points, and senior Tyler Amos added 8 points. Williams recounts the last moments of the game: “We were down 2 with about 15 seconds when they missed a free throw. Coach Neal called out Victory, which is a short clock situation play we run,” he shared. “I was in the corner and Tyler rejected the ball screen at the top of the key. I knew that if he got into the paint, the guy guarding me would help and I’d have a wide-open three, and that’s what happened. When I released the ball, I instantly thought that it was off left based on how it felt coming out of my hand, but it hit really high off the backboard and slid in. It was just really exciting to hit that shot and win the game. As an athlete growing up, you always dream about having the last shot in an overtime game and hitting the game-winner, so it was really nice to do that.”

The Huskies have been on a tear heading into the end of the regular season, going 8-2 over their last 10 games. “We’re on a mission right now,” said Neal. “We talked about it, to finish the season going into the districts on a roll.”

The team is in action next on Friday, February 28 away against Mattawan.