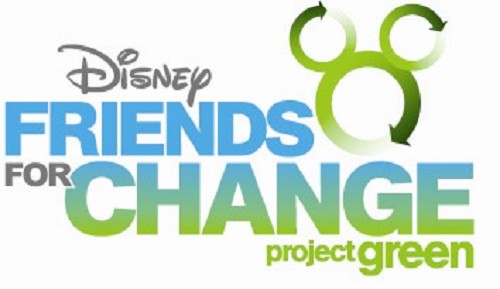 The 2000s were a different era. The 90s had passed, and now was a new decade. With a new decade came new shows, songs, and movies. There was Nick Jr, Nickelodeon, Disney, Cartoon Network, and many other networks of new children and teen based shows. One of the most familiar childhood memories I have was being able to come home after school and turn on my television to see High School Musical on the Disney Network. Our generation got to grow up with movies like Lilo and Stitch, Halloween Town, Scary Godmother, and many others. We also got the experience of shows like Oswald, Dora and Diego, Wow! Wow! Wubbzy, and Holly Hobbit. The 2000s was an iconic era of movies and shows; so many new stories, fantasies, it was all at our disposal by the click of a remote.

On Disney, a memory I can still recall that the younger generation doesn’t continue is Disney for Change. It was an environmental program that came on certain days for a few hours. Disney celebrities would talk about climate, bullying, several different topics, and how those watching could make a change. “When you go out each day, take a trash bag with you. This is our planet, help clean it up,” is a phrase I remember. It was a program that I grew up watching, and honestly still wish would be continued. Another program that was promoted on the Disney channel was the Disney Games. Celebrities would be separated into teams and compete against one another to win a prize at the end. The games would last for a few days, and at the end the team who won would go onto finals.

On Cartoon Network, there were several classics in the 2000s. While Cartoon Network was more for the young-teen demographic, I still remember watching some of the shows with my siblings, and then later growing up to watch them myself. Shows like The Powerpuff Girls, Dexter’s Laboratory, Johnny Bravo, The Grim Adventures of Billy and Mandy, Fosters Home For Imaginary Friends, Code Name: Kids Next Door, and many others. So many shows to pick from, and so many that created my childhood.

Nickelodeon was another network that many of us, now late teens, could have turned to watch shows and movies as kids. While Nick and Nick Jr had more family oriented shows, they definitely proved everlasting memories and lessons that could guide us through our childhood, adolescence, and adulthood. Some shows I remember and still love to watch to this day are shows like ICarly, Drake and Josh, The Barbie Movies, The Amanda Show, Rugrats, Fairly Odd Parents, Ned’s Declassified School Survival Guide, Zoey 101, Invader Zim, My Life As A Teenage Robot, The Mighty B!, and many others. Most of the shows revolved around a teenager and their group of friends. How a teenager had a good life, but then things occurred to cause a problem for the protagonist. Unless the episode continued on with another part, you could always count on a happy end to the episode. How the dad who accidentally ran over his daughter’s stuffed animal just happened to find a novelty toy shop and managed to get her a brand new one, even though the daughter finds out that it wasn’t the same but still thanks the father for all the effort he put in.

The 2000s shows and movies era were are still are – unlike any other. We found happiness and sadness all in the same time frame. We’d worry about the hero saving the day, or our favorite witch from HalloweenTown being able to save her family from the antagonist. I wish I could go back to the 2000s and regrow up with all my favorite childhood memories, but looking back, I’m happy to have grown up. I can say that I have those memories with me forever. The next generation may miss out on what we had growing up, but thanks to Netflix and Hulu; now even Disney+ we can introduce them to a decade of entertainment that they couldn’t be there in person to see.

As a kid born in 2005, I can say we had more “PC” shows. Disney was a day of the past when it came to being around 7 for me and so I went on to watch Nickelodeon. Vivid memories I remember from 2010 are The Amazing World of Gumball, Regular Show, Adventure Time, Gravity Falls, Sanjay and Craig, and a few more.

The Amazing World of Gumball was one I can say I watched often. Its first episode premiered in 2011, with the main characters, Darwin and Gumball, avoiding the consequences after destroying a rented DVD. I watched this show when I was about 8. This show was amazing and I loved all of the characters and the plot of each episode. This was one show I would come home and immediately turn on the TV to watch.

Regular Show debuted in 2009 with its main characters, Mordecai and Rigby, trying to fix a hole in their bedroom wall before anyone else finds out. My father actually had me start watching Regular Show when I was around 5 or 6, just after it started airing. We would sit for about an hour everyday in the evenings and watch 4 episodes. Personally, I grew more fond of the show after I became a little older, around 9. The stories weren’t as easy for me to grasp as such a young kid, and I was trying to watch, but I did still love the show.

Adventure time, a personal favorite, debuted in 2010. The very first episode is with Finn and Jake trying to save the Candy people (citizens in the land of ooo) after a recently deceased Candy person had come back to life. Just to name a few I have in my higher ratings list.

In newer shows, they are completely all over the place. In cable TV, things are very toned down, but on streaming services like Netflix and Hulu, things aren’t as family friendly and have quite a few “adult” jokes.  Shows have always had these, but they are less prominent today.

Newer technology has allowed for faster production with a huge drop in production value. Shows used to take months to make, but with the advance of computers, the ability to talk, and more, it can take a lot less time.

Younger generations have the ability to be more open with people and express their feelings when older ones may be held back. Shows airing in 2010 and after have addressed the “being PC” issue and allowed for everyone’s opinions in one way or another.

Can we really say that newer shows are better? Everything has its flaws and shows have adapted to the opinions of younger generations. Each generation will say that one show is better than another but it’s just what they grew up with so in my opinion, there are good shows from each year it just really depends on your likes and likes.