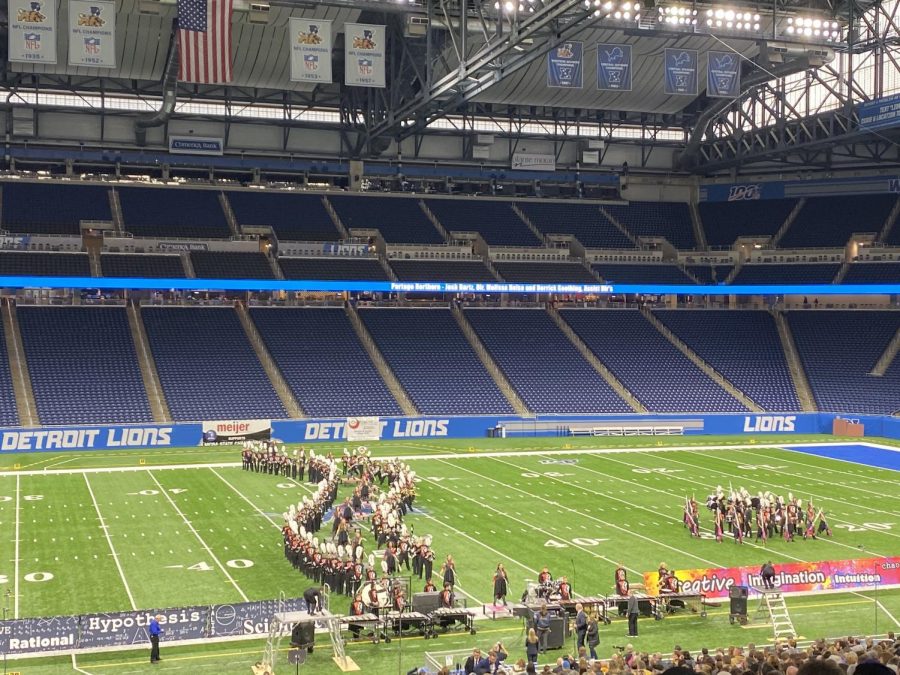 The band was seeded 7th going into the event and finished in 8th after another band moved up two places from their original seed.

The Huskies earned an 85.6, their highest score all year, and were just .1 behind another area band, Battle Creek Lakeshore.

“I thought it was a great run,” said sophomore Lillian Millward. “The numbers just didn’t work out.”

Director Josh Bartz was happy with his band’s work. “We are thrilled with the performance,” he said. “It was a fun show, and a fun season.”