The Northern Light • May 6, 2019 • https://portagenorthernlight.com/7445/entertainment/the-rise-fall-and-resurgence-of-tyga/

The rise, fall, and resurgence of Tyga 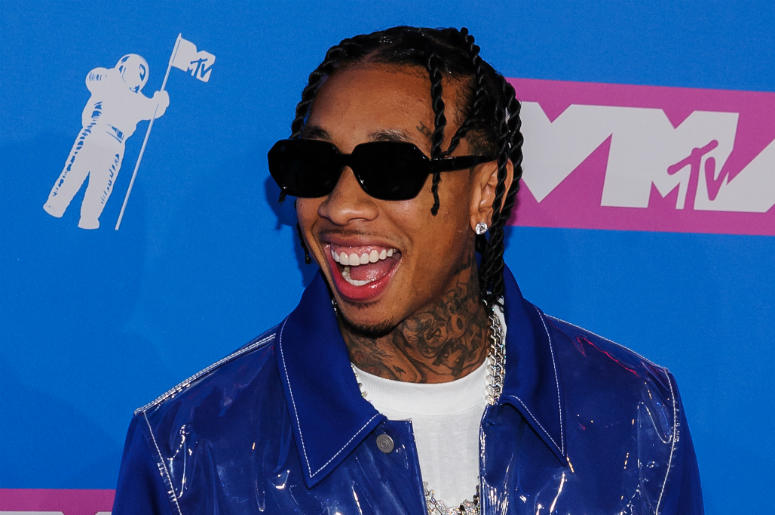 Micheal Ray Stevenson, better known as Tyga, started his rapping career in 2008, when he had his first ever song to reach Hot 100 with “Coconut Juice.” RIight when this song reached the Top 100, Tyga signed a deal with Young Money Entertainment, Lil Wayne’s record label. Later in 2010, he was featured on the song “Deuces.” This was the lead single released off of Chris Brown’s album F.A.M.E., reaching number 14 on the Billboard Top 100. The track was nominated for Best Rap/Sung Collaboration at the 53rd Grammy Awards, which was Tyga’s first Grammy nomination. In 2011, Tyga dropped 2 debut singles,“Rack City” and “Faded” (feat. Lil Wayne). He then came out with his second studio album, Careless World: Rise of the Last King. This was the album that made Tyga well known in the Hip Hop/Rap genre. In 2012, “Rack City” became his first top 10 hit, peaking at number 7. Tyga got on a feature with close friend Chris Brown in 2013 on the song “Loyal.” This song completely blew up the scene and both of them knew that they should link up in the near future to make another hit. In 2015, Chris Brown and Tyga did indeed link up and came out with a collab album. The album didn’t live up to its potential but did produce 1 great song, “Ayo.” Soon after, his album The Gold Album: 18th Dynasty, flopped. Even with help from Kanye West himself, Gold only sold 2,200 copies the first week.

Tyga caught people’s attention when he started dating then 17 year old Kylie Jenner when he was in his 20s. The rapper Drake dissed him in a song about that situation stating, “You need to act your age and not your girl’s age” in his song “6PM In New York.” Once all of this came out, he was known more for his relationship with Kylie than his music. They eventually broke up early in 2017 and changed him for the better. My opinion on this situation is that he got hit with the Kardashian/Jenner curse, meaning any man who dates a member of the famous family is doomed to a life of bad luck. This break up was the beginning of the resurgence of Tyga because of the Kardashian/Jenner curse being lifted. After the breakup, his 2 albums “B****ImTheS***2” and “Kyoto” didn’t make a lot of noise, leading him back to making club bangers.

In May 2018, Tyga was back to prove he wasn’t done. His song “Taste” (feat. Offset), gave him his first Billboard Hot 100 hit in 3 years. 2 months after, he got featured on Iggy Azalea’s album. There song “Kream” debuted at 96. and helped both of them become known again in the rap game. “Swish,” his 2nd release of 2018, reached number 2 on Billboard’s Bubbling Under Hot 100 chart.  Soon after this release, he released 2 new singles as well. “Swap Meet” and “Dip” (feat. Nicki Minaj) became instant club hits. “Dip” did better on the charts, but both provided a reassurance of Tyga not going away anytime soon. He carried this momentum into 2019 as well. So far, Tyga has dropped 4 singles in 2019, “Floss in the Bank,” “Girls Have Fun” (feat, G-Eazy and Rich the Kid), “G*****N,” and “Light It Up” (feat. Chris Brown and Marshmello). Even though only 1 of the 4 songs have eclipsed the charts, Tyga is still putting out hits. As Tyga continues to put out club banger after club banger, two questions remain. “When will Tyga drop an album”? and “Is Tyga back for good”?