Rich the Kid: The World is Yours 2 review 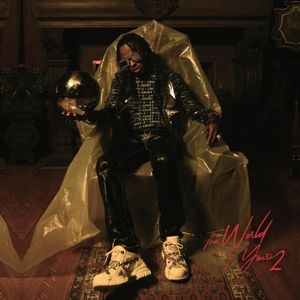 Building off of a disappointing album: The World is Yours, The World is Yours 2 is a good album and redeems Rich the Kid from his previous album. Even though most of the songs on the album have features Rich the Kid himself still has a good voice and vibe while he’s singing. The cover art for his album is Rich sitting in a chair with plastic wrapping on it. Personally i don’t understand the meaning behind the art but its an ok cover.

Doing better than his last album, Rich delivers great songs with even better features. Of the total 16 songs on the album, I’ll be vibing to 12 of them. Those songs are Slide, Splashin, Fall Threw (feat. Young Thug & Gunna), Save That, Two Cups (feat. Offset & Big Sean), Racks Today, Woah (feat. Miguel & Ty Dolla $ign), Tic Toc (feat. Tory Lanez), Wrong Thing (feat. Nav), Rockets (feat. Takeoff & Lil Pump), Like Mike (feat. Jay Critch & A Boogie wit da Hoodie), and last For Keeps (feat. YoungBoy Never Broke Again). My favorite songs are For Keeps due to YoungBoy and Rich being a great duo together. I wouldn’t be surprised if the 2 link up again and make another banger. The other song is Woah due to Rich the Kid suprisinging switching up his natural flow and slowing it down. Miguel and Ty Dolla $ign were 2 perfect features for this song. Without Miguel on the chorus this song wouldn’t be as good but with him this is a chill vibe for years to come. The song Save That is only good to be because of the beat. As soon as the song begins, you hear the tag “D.A. got that dope” and I instantly knew this was going to be a banger. D.A. Doman is the man behind the beat and since his song “Taste” by Tyga, he has had tons of work with other artists and doesn’t fail with his link with Rich the Kid. Two Cups also is a great song to listen to off of this album because of how well the trio of Big Sean, Offset, and Rich the Kid have. Offset on the chorus; Big Sean and Rich the Kid with verses. Amazing!! While his song Splashin came out in late 2018, the song still is Banger of the Day material. What really made the song blow up was a little kid dancing to it and it was pure comedy.

For the songs I didn’t like there were only 4. Those being World is Yours 2 (Intro), 4 Phones, Racks Out,and Ring Ring (feat. Vory). These 4 songs just didn’t have anything good to them for me to keep listening to them. 4 Phones had potential but just didn’t cut it for me. The feature with Vory was ok, but Vory should stick to features with Mike Stud where the 2 match together and make good songs.

Overall the album was good but nothing to win an award for. With that being said I would give this album a 6.5 out of 10. If it weren’t for all of the features on the songs, this album would be complete trash. If Rich the Kid sees this, I’m sorry in advance but step it up man!