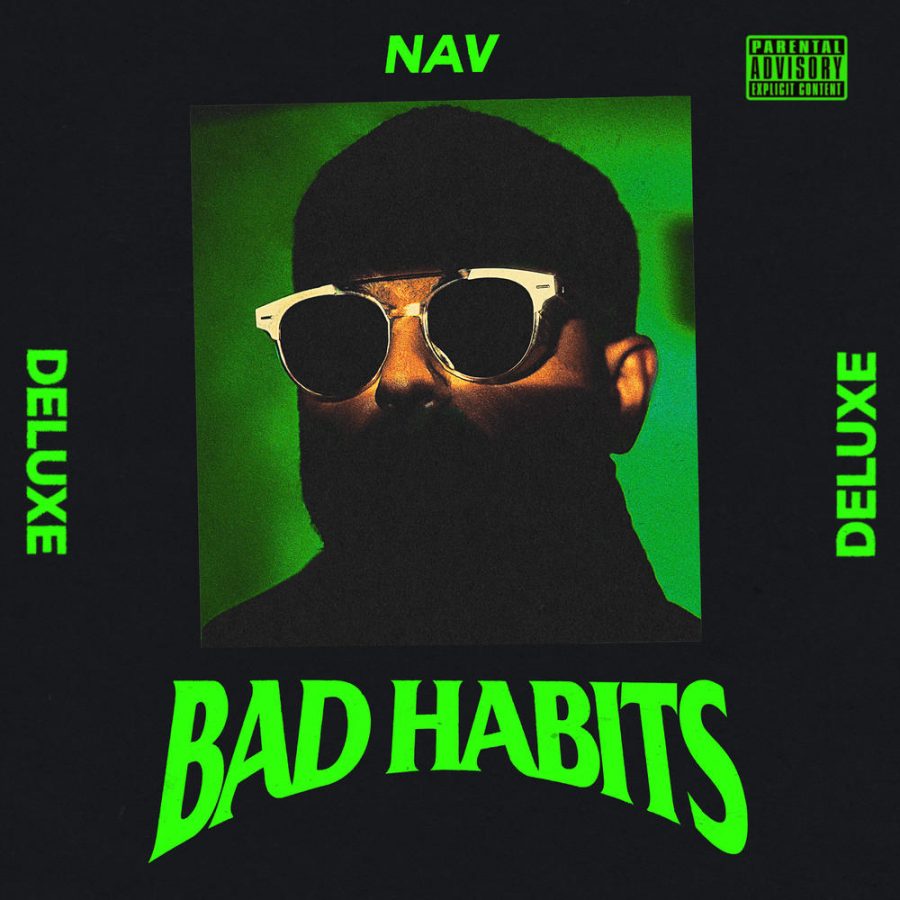 Right before I got done with this article, Nav released the deluxe edition for Bad Habits. Nav’s second studio album and third album overall is his best album out of all three and it’s not even close. The cover art for his album is pretty plain but gets the point across with the picture of the rapper and the name of his album. I liked how in the picture of him, the first thing that pops out is his sunglasses and how crispy the picture looks with the lighting.

Trying to do better than his last album “Champion”, Nav came through and delivered a solid album. 24 total songs were on this album and 20 of these songs, I’ll be listening to for awhile. Those songs are To My Grave, I’m Ready, Taking Chances, Tap (feat. Meek Mill), Pricer on My Head (feat. The Weeknd), Tussin (feat. Young Thug), Snap, Hold Your Breath (feat. Gunna), Why You Crying Mama, Time Piece (feat. Lil Durk), Stuck with Me, Know Me Amazing (feat. Future), Habits, Racks in My Sleep (feat. 88GLAM), Go to Hell, 8 to a 4, Never Know, Ok (feat. Lil Durk), and lastly Athlete. My favorites from these 20 is Tap (feat. Meek Mill) and Amazing (feat. Future) because of the vibes these songs produce. I can see myself hanging with friends and listening to this song while we are having fun and possibly singing and dancing along to the words. Once I heard “I’m in London, got my beat from London!” on the song Tap, I instantly knew this was going to be a banger. Meek Mill’s verse is a great start to the song and Nav builds off of his great start to the song to produce a hit. In Amazing, Future comes through with a fire verse and continued to show his dominance in the rap game. Building off of a strong start from Nav, Future picks up where he left off and continued to make this a great song.

All of the other collabs on the album were great as well. You can’t have a bad feature with The Weeknd, Young Thug, and Gunna and they did not fail. On all three of the songs they are featured on, these songs will be the ones everyone remembers from this album in a few years. On Nav’s very first album “NAV”, The Weeknd was also featured and had the hit song off of that album called “Some Way”. I wasn’t surprised they linked up again because of there recent success in the past. The 2 features he had with Lil Durk both came out well. Lil Durk normally is a hit or miss artist and he hit on both of his features. For Nav’s songs with no features, Snap and Why You Crying Mama are my favorites. But after he released the deluxe album, all the songs released are better than the songs on the original album. I’m not sure how Nav did it but he came through with the deluxe album.

The lone 4 songs that I didn’t like were Tension, Ralo, Dior Runners, and Vicodin. They had the potential to be hits but fell threw. Not every song can be a hit and he missed on having a chance on these 4. Even though he didn’t produce on these 4, they still could be songs to listen to if you are in a Nav only mode.

Overall this album has been Nav’s best album by far and will be hard to top. My rating would be a 9 out of 10. Catch yourself listening to songs all throughout summer and longer as Nav produced a very well composed album for all listeners in the Hip Hop/Rap genre.