12th Annual Mayor and City Council for a Day 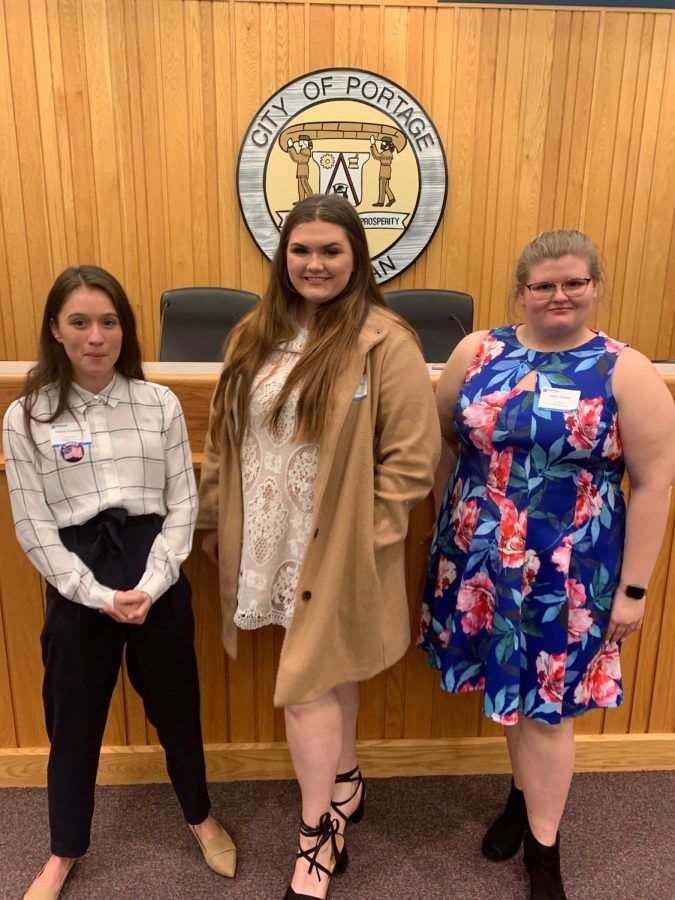 Every year, the city of Portage honors high school students for their interest in local government, and the way they strive to make a change despite their young age. On Tuesday, February 26th, the city held the 12th annual Mayor and City Council for a Day event. Seven Portage Northern and Portage Central students were honored as a conclusion to the annual program.

Chosen as mayor for the day was junior Abigayle Kelly from Portage Northern, and this was an important and exciting event for her. “Mayor for the day was an awesome experience that I am so grateful to have been a part of,” Kelly shares her feelings. She also goes on to say that “the best part was being able to see just how hard the people at city hall work to make Portage a better place to live each and every day.”

Along with a mayor, six council members were also chosen, including Kalina Dusenbery and Malia Sinkler of Portage Northern. These students were also very excited and grateful for the experience. “The experience was tons of fun,” says Sinkler. “The city council meeting was exciting, especially getting to meet all of the council members and talk with them,” she goes on to say.

Sixteen students from both schools got to spend time with Patricia Randall, the city mayor. This was a good experience for them as they got to learn what it takes to be an elected official. Randall also seemed to have enjoyed her time with the students. “With today’s youth taking an enhanced approach to social responsibility, it’s encouraging to be able to show them how things work at the local level,” she says. A mock election was held after, which determined those who were honored Tuesday.

The chosen students got to attend and help run the city council meeting on Tuesday, which was an exciting event that gave them a chance to experience something new. These youths actively take part in their community. They have strived to be well represented as young citizens and will continue to do so.