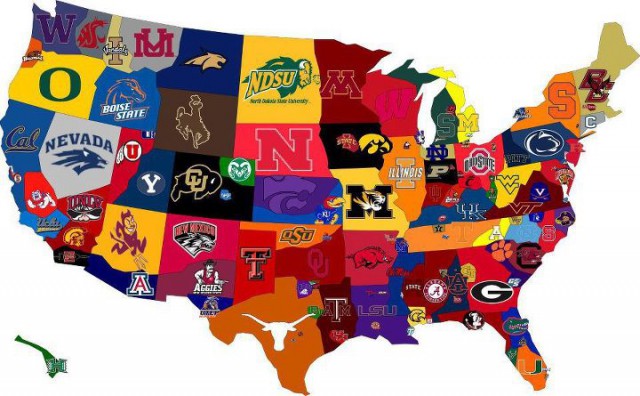 With the beginning of march upon us, that means it’s time for NCAA Basketball Conference Tournaments. This year’s conference champions involve who will secure an automatic bid to the Big Dance. These predictions will only be from the power five conferences in college basketball. Here are my predictions:

The Atlantic Coast Conference (ACC) has has 3 of the top five teams in the nation: Virginia, Duke, and North Carolina. Multiple teams have a shot at winning the crown, but Duke should win the tournament Zion Williamson’s return. They will be looking for revenge against North Carolina as they recently just got swept by them, and Williams is likely to prove to be the deciding factor in the tournament if he is able to play how he was playing before he got hurt. If everything goes as it should, Duke will go to the ACC championship and come out on top.

The Big 12 Conference has a trio of teams that have a chance at winning this year: Texas Tech, Kansas State, and Kansas. This leaves people asking the question, “how will Kansas respond to not winning the regular season title?” Kansas’ streak of 14 straight regular season titles will come to an end eventually, but not in the conference tournament. It’s a bold prediction, but they will beat Iowa State – a team nobody is expecting to be in the championship – to secure a spot in the big dance.

Big Ten Basketball this year has been one of the most interesting things to watch. A variety of teams have a legitimate chance at winning the conference tournament this year. Teams like Penn State and Indiana are going to be low seeds, but don’t be shocked if they make an upset or two in the tourney. With so many teams expecting to make it into March Madness from the Big Ten, the Big Ten championship could go to any team. From recent success (and a little bit of writer bias), Michigan will bring it home. They haven’t been consistent, but they’ve also been missing Charles Matthews, who will be playing in the tournament, and they are also a team that traditionally elevates their play in March. They have also won the Big Ten Tournament Championship two years in a row and will be looking to go 3 for 3 under point guard Xavier Simpson.

The Pac-12 has had a front runner this whole year in Washington, who should win the conference title in dominating fashion. They will look to win the conference title for the first time since they went back to back in 2010 and 2011 when Isaiah Thomas was at the helm. This year, Washington has only lost two conference games: to second place Arizona State and last place California. These two games were when Washington didn’t play well at all and just had bad showings. They will look for revenge from one of there losses in conference and beat Arizona State in the championship.

The SEC has a winner in LSU but don’t be surprised if Kentucky or Tennessee brings home the trophy to punch their ticket to the big dance. Recently, the LSU basketball program has suspended coach Will Wade indefinitely amid the FBI probe for recruiting violations. One of the recruits that could be involved, Freshman Javonte Smart, chose to sit out the team’s last regular season game. Without him, the team loses a key player going forward, damaging their chance to win the conference championship. Tennessee just got upset by Auburn just in time to be ultra-motivated for the conference tournament. In Smart’s absence, Tennessee now has a chance to run away with the conference tournament now, especially with the renewed fire in their belly and desire to prove themselves. The championship game should come down to Tennessee and Kentucky, who split during the regular season, with Tennessee ultimately coming out with the win.