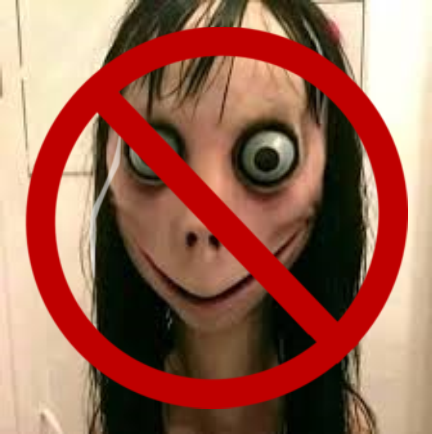 When you think of memes, the only thing that might come to mind are those cheesy pictures teachers use on their slideshows. As we become desensitized to many other topics, the more “outrageous” the memes tend to get. While it might seems funny to one person, to another it might come across as harmful or rude.

A meme that always seems to “respawn” is Momo, a creepily photoshopped picture of a woman who tends to pop up in children’s games as well as YouTube videos. As daunting as the picture is, the words accompanied with it are just as scary. A video can be found with the fictional character stating, “Momo’s gonna kill you” and as time progresses, others are adding on to this “jumpscare” but stating instructions on how to harm themselves as an alliance to deter Momo from hurting their families.

While I consider myself to be a “meme-connoisseur” and could probably laugh at a plain picture of a rock, I do not find this at all funny. Many memes are becoming too rude, offensive and harmful. If this meme was targeted more towards videos that adults watched, then the controversy wouldn’t be as big. The main problem is that this picture is only affecting young, impressionable kids, ruining games and videos, leaving them scared of the things they are supposed to love.

The only way to stop this “meme-epidemic” is to simply stop sharing the pictures and videos that are harmful. It’s still okay to warn, but by sharing and laughing you are convincing others to do the same, and as mentioned before, what you find funny, might not be to someone else.