Why starting early is a bad idea 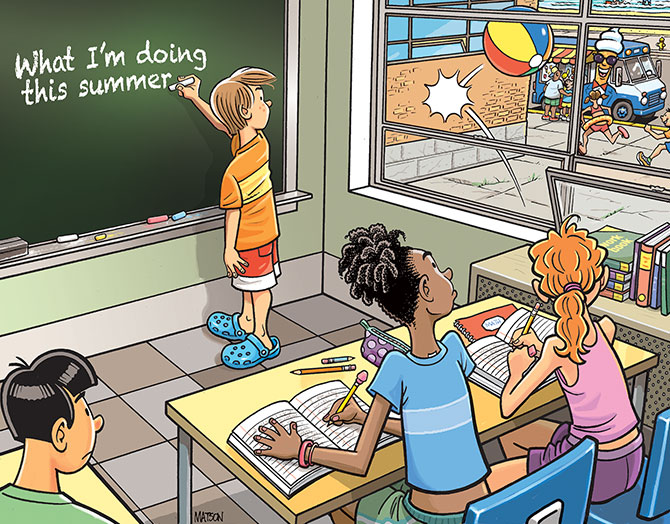 Last week, Portage families received an email that some KRESA schools had applied to proposing to start school a week earlier…but still end the year at the same time, not a week earlier like other districts who have adopted this trend. They also aren’t planning on distributing the days throughout the year like other districts, either. Basically, as far as as we know, the extra week will provide a snow day cushion and an extra week between Spring break and the SAT test.

This is altogether a bad idea. The only good thing that I can see coming out of this is that we are able to have more snow days in a year before we have to start adding days. However, there is a little something called Murphy’s law that exists. Murphy’s law states that anything that can go wrong, will go wrong. Now, while I know that this is simply a saying, and not a true law of nature, sometimes it feels like it is. Now, it is my belief that by adding days, we will not have more snow days, but rather less snowdays, simply resulting in a school year with 5 more days of students sitting still in a room and waiting for the bell to ring in 90* heat. By adding days, all we are truly adding is stress and boredom to the lives of the students.