Rap or Go to the League: a review 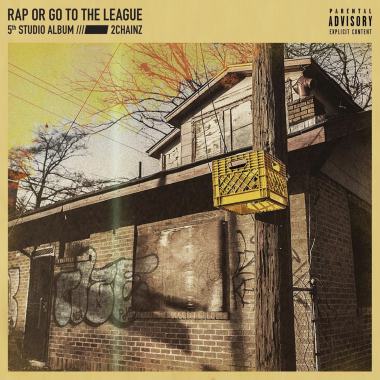 2 Chainz released his anticipated album Rap or Go to the League on Friday, March 1st. His album cover is a great example of what a lot of rappers and athletes go through in their childhood and teenage years in the inner cities: with the trap house and the basket for the hoop, kids made the most of what they got. This isn’t one of those typical rap albums that everyone can dance too and have a good time, this is a hard look at a hard life.

Out of the 14 songs on the album personally, I liked 11 of them. The songs I didn’t like were Forgiven, Threat 2 Society, and Sam. These songs to me just didn’t live up to the potential they could’ve had. The beats on all of these were good, but the lyrics just didn’t go well with the beat. Hands down the best song on the album is Momma I Hit A Lick featuring Kendrick Lamar. This is the first collaboration between the two, and with a strong performance like this, I wouldn’t be surprised if they link up again for a song in the upcoming future. This song will most definitely be the hit song off of this album due to the fact that Kendrick Lamar started off his flow so smooth then switched it up a few seconds later and became an even better verse.

The second favorite song is, in my opinion, the most underrated song on the album: Money in the Way. This song has a catchy beat and 2 Chainz’s voice on this song is clear and the lyrics are easy to hear. While rapping in this song, 2 Chainz is talking about how much money he has and isn’t afraid to flex on you with it. 2 Chainz also had features on the album with top artists like Young Thug, Travis Scott, Ariana Grande, Ty Dolla $ign, Lil Wayne, E-40, Chance the Rapper, and Kodak Black. All of these features came though in a good way for Chainz and elevated his verses on the songs to another level. If you’re looking for songs to chill to and just hang with, I’d recommend the songs Rule the World, Girl’s Best Friend, and I’m Not Crazy, Life is.

These songs all have good meanings to them as well to make these songs even better. This album has been his best album he’s ever released and will be one of the better albums of 2019. 2 Chainz will have a tough time topping this album in the upcoming future.