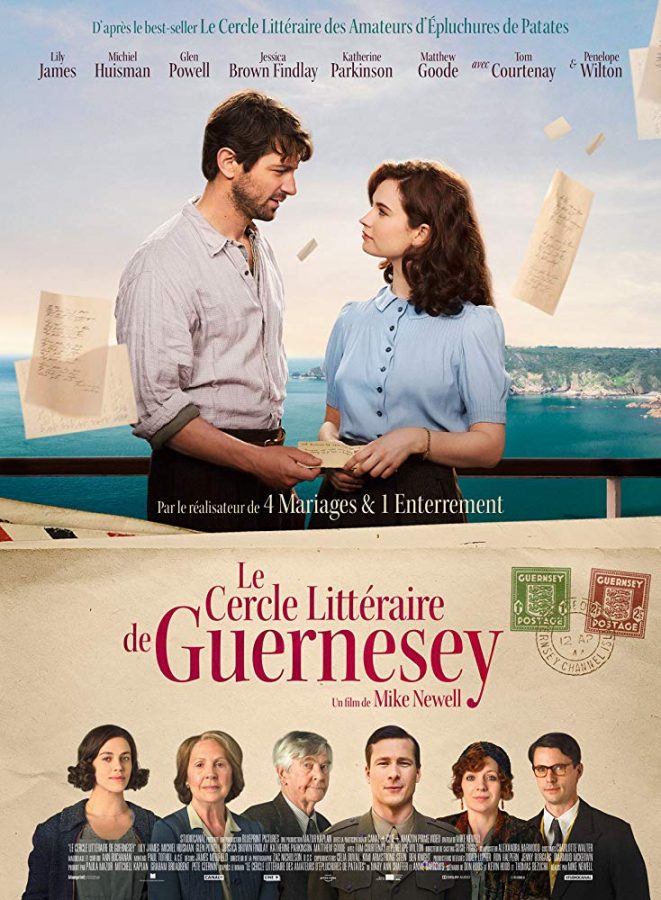 Set shortly after WWII, The Guernsey Literary and Potato Peel Pie Society follows the story of author Juliet Ashton (Lily James) and a book club on the previously-occupied island of Guernsey. After Juliet’s well-read copy of Essays of Elia makes it into the hands of Dawsey Adams (Michiel Huisman), the two start to exchange letters about their shared love of books. Eventually, Juliet travels to Guernsey to learn more about the Society and write an article about it. However, she soon learns that the origins of the Society are shrouded in dark and painful secrets.

This movie incorporates drama, romance, and historical genres, so it is a good pick for people with varying interests in movies. However, people that enjoy action movies with high stakes may be a bit disappointed. Although the movie involves a lot of danger, it is mainly in flashbacks to German-occupied Guernsey. During the actual time that the movie is set, none of the main characters are in much peril, and it was pretty obvious that things would turn out OK in the end.

On the other hand, what the film lacks in immediate danger, it makes up in the amazingly complex relationships: the family like bond that the Society shares; the love triangle between Dawsey, Juliet, and Mark; and the parent-like responsibilities that the characters take on towards little Kit. Juliet enters the island as an untrusted outsider, but soon grows to become a beloved mother, daughter, and friend to all.

Ultimately, The Guernsey Literary and Potato Peel Pie Society is an endearing film that shows how the love of books can bring people together in the darkest times, and deals with the difficult motifs of love, death, war, and friendship. I give it 4.5/5 stars.