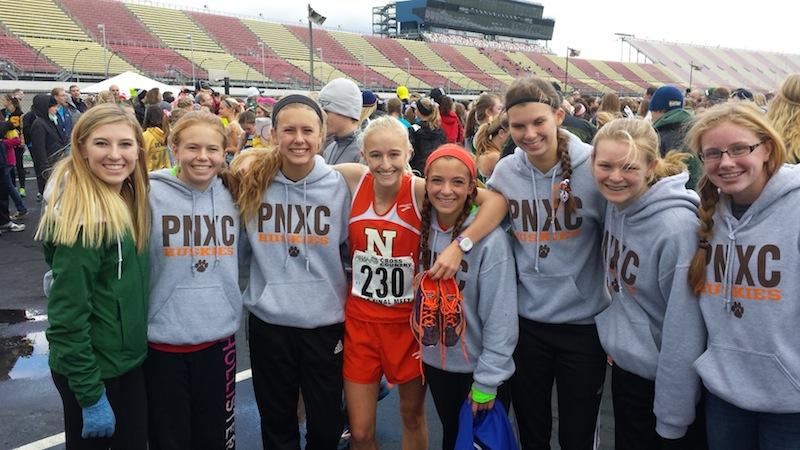 While most students were hanging out with friends, sleeping in, or watching football, three Portage Northern cross country runners were competing in the race of their life. On Saturday November 4th, the MHSAA State Finals took place at the Michigan International Speedway in Brooklyn, Michigan. Thousands of spectators came to support and watch the hundreds of runners that ran throughout the day. Three of the many runners competing were Alexa Vanderhoff (10), Alex Kulpa (12), and Evan Williams (12). They represented Portage Northern and were able to compete against the best runners in the state and country.

Vanderhoff ran a time of 19 minutes 12 seconds which placed her 68th out of 239 D1 girls.  Kulpa ran a 16:51 placing 122nd of 262 D1 boys, and Williams placed 203rd running a time of 17:24.  None of these three ran a personal best, partially due to the muddy and torn up course, making it difficult to secure traction. Although these runners did not run their fastest, they were all thrilled to have the opportunity to race at such a competitive meet. All three competitors ran at the state meet last year as well.

Vanderhoff has two more years of PNXC left and will be an athlete everyone should watch.  Williams and Kulpa, however, ran in their last ever high school cross country race and while that is emotional, they were able to end their high school career at an amazing and talented meet. After years of training, Vanderhoff, Kulpa, and Williams were rewarded for all of their hard work, dedication, and focus.