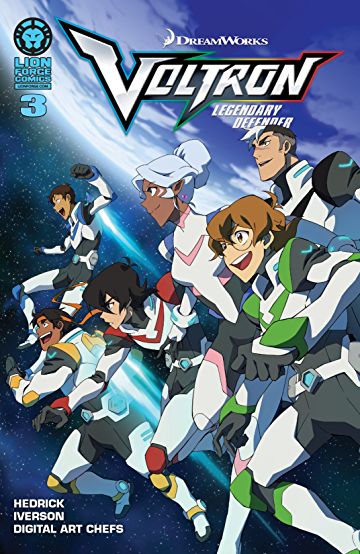 Voltron: Legendary Defender is back with its 8th season since its first release in June 2016. The show is a Netflix original series, and season 8 includes 13 episodes, all with a duration of 23 minutes long.

The show is based off the 1984 show called Voltron 84. It’s about a group of five paladins: Lance, Keith, Hunk, Shiro, and Pidge, who came from a flight school on earth. They ventured into outer space and coincidentally became the paladins of 5 lions who all combine into one big lion called Voltron. The lions belong to a people of the lost planet of Altea. They are part of the ever growing and changing Voltron Coalition, which is the universes protection against the evil Galra Empire. The Galra is a population of Galran descendants who are determined to reign over the universe in ultimate power by clearing all who stand in their way.There’s many characters who are in the show who all have unique quirks that all audiences can somehow relate to.

Throughout the whole series there are partly fun episodes, which are fillers that have character building and fun insight to the paladins daily-lives and silly adventures. Those episodes are mixed in with serious ones that are filled with conflict such as entertaining fights and revealing discoveries. Season 8 does not fail at this either, as the biggest conflicts of the show so far unfold into an interesting and secret revealing series of events.

Viewers had a lot of excitement built up for the new season with many, including myself, leaving it loving the show even more. In the new season there’s a highly anticipated romance that finally blossoms, which is causing a lot of excitement among fans (especially myself as my heart totally melted and I squealed in happiness).  Despite this, there have also been some complaints that this wasn’t as action-packed and entertaining as they thought and hoped it would be, leaving them with disappointment in the content of the season.

Overall, I’d give this show a full five out of five stars, it is definitely my kind of show, because of its romance, corny jokes, and perfect amount of action and attention-grabbing conflict. Id recommend Voltron to anyone who’s a little nerdy, okay with watching animation and enjoys all of these qualities in a show.