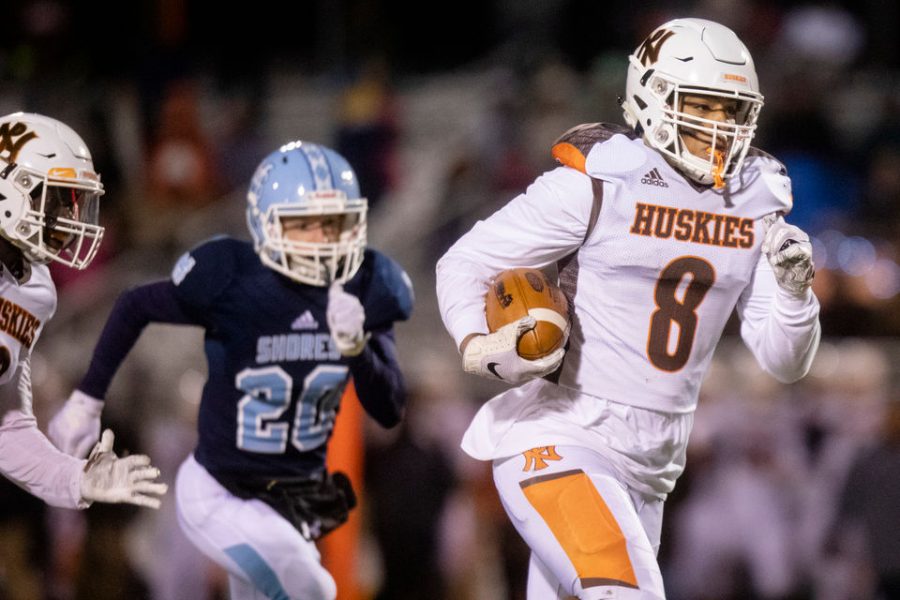 An end of an era, the last dance. The varsity football team took on the number one seed Mona Shores Sailors in Muskegon on November 9, holding them to 21-26 at the half but finishing the game with a 58-28 loss.

The team ended the season with a 9-4 record. “It was a good season” says Senior Torian Jackson, who played tight end and outside linebacker. “It’s the best season I have ever had here. Coach Schermerhorn has even told us that it was the most fun he’s ever had with the football team, and not just because of the accomplishments.” Patrick Nothaft for MLive even described the team as being one that, “proved dreams can come true.”

This football team changed history for athletics at Portage Northern, and some say it’s the new field, but it’s really the Huskie Pride and grit embedded deep inside each athlete that  makes them grow stronger and keep going. Senior Derick Henderson, who plays fullback and on the defensive line, even stated that he feels “like a legend” being apart of the team. “I love the chemistry me and my teammates have,” he added.

For many students this year, the football season was about more than just football. Having their own stadium where they could rally around their peers made gatherings at HUskie Stadium more than just a Friday night football game, and there was something truly powerful about being in the stands and looking around to see parents, family members, students, teachers, and teachers watch their Huskie football team with obvious pride. It was the first season in the new stadium, and this team left some Huskie tracks in that new stadium that will challenge and inspire generations to come.