Crack down on phone use affects teachers and students alike 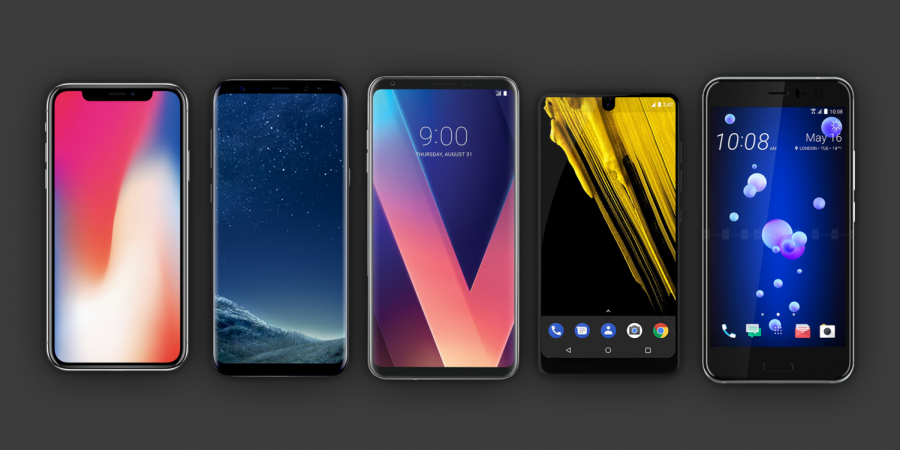 In August 2018, the teachers of Portage Northern first learned that the enforcement of the Personal Electronic Device (PED) policy would no longer be optional for teachers to carry out. At the beginning of the school year, September 2018, students learned of this change as well.

The current Portage Northern cell phone policy states that each staff member is allowed to create their own rules regarding PEDs, as was the case in past years. The difference is that when students do not adhere to their teachers’ policies, their punishment is unquestionable and outlined clearly in the Student Code of Conduct.

The first offence leads to one after-school detention, the second two, and the third three detentions. On the fourth offence, students are given an in-school suspension.

The previous year, teachers were able to create their own phone policy in addition to discipline they saw fit when students chose to use their phones in an unauthorized manner.

Principal Jim French and a Site Based Team, along with the Student Senate, took a great deal of information into account when developing the policy. “We reviewed research, other schools, and developed our approach based on the whole group working through a process to modify our approach,” he says.

History teacher Ryan Ledlow is a advocate of the phone policy. He explains, “Phones are a distraction for students and adults. Learning the appropriate time to use them is a life skill this policy will hopefully address.” However, he admits that, “students would have to have an adjustment period.”

Ledlow’s opinion is supported in the research: A study titled “Dividing attention in the classroom reduces exam performance” published in An International Journal of Experimental Educational Psychology found that students who had a cellphone present while a lesson was being taught scored half a letter grade worse on exams than those who had no electronics while the lesson was taught.

Despite intentions to reduce distraction in the classroom and promote better learning,  some students are unsure about how reasonable the policy is.

“I don’t think a detention is a fair punishment for someone being on their phone,” says sophomore Isabella Shapiro. “I do think students shouldn’t be on their phones during lessons, but music during work time can help them relax. A detention should be given for a much worse use, like refusal to stop using it during lessons after a week.”

Shapiro isn’t the only student who doesn’t agree with the school’s punishment.“I don’t think it’s fair that they (teachers) don’t give a warning before a detention,” says sophomore Haily Lonsbury.

As the school year continues, the effects of the enforcement on phone use will be carefully considered. For now, whether this concern is an effect of the “adjustment period” or will need to be addressed in the future is unclear.