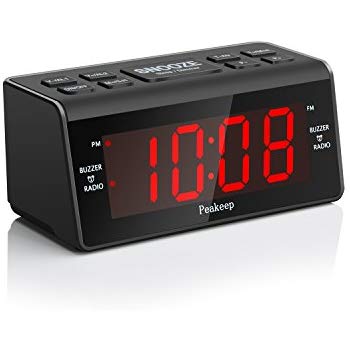 Devices like these, or more likely the alarm on a smart phone, are a deadly sight in the morning.

You find yourself slowly opening your drowsy eyes looking at your dreaded alarm clock going off, with the time lighting up at too early o’clock. As you roll yourself out of bed, all you can think of is snuggling back up into the comforter. Young people don’t get enough rest as it is, and the early start time of school definitely doesn’t help that.

The American Academy of Pediatrics has suggested that middle and high schools should begin at 8:30 a.m. or even later to give students the chance to get the rest they require. Most American young people begin school too soon: the immature body does not start to feel awake until around 10:45 p.m. , hours after the school day has already begun. Teens would do better in school and also be healthier if school started later.

As kids experience adolescence, their brains start changing the amounts of the sleep hormone melatonin. This can make it troublesome for teens to feel tired before 11 p.m. With this delayed sleep schedules, an early school start is even more detrimental. With regards to the significance of rest, it’s about the biology.  A person’s inner clock structures the delivering conditions of resting and waking. Think of the body as a phone’s battery life; now when its charging, that would be like sleeping. If the phone died constantly and wasn’t charged enough, it loses energy quicker. Our bodies work the same way. How does someone expect to be well rested if they don’t allow themselves to catch up on sleep they’re deprived from?

There are many arguments in opposition to a delayed start time, “Delaying high school start times could pose problems with bus schedules, after school activities, and sporting events for the entire district. Changing the high school start time could have a domino effect on all the schools that could pose a logistical nightmare,” says licensed clinical social worker AMy Morin.  On the contrary, ABC news researcher Dr. Laura Shopp writes:  “The percentage of students who had at least eight hours in bed each night increased from 6.9 percent to 16.1 percent. The most significant finding, however, was the students’ self-reported improvement in mood. They reported less depression, less sleepiness and overall “feeling more refreshed” during the school day.” These factors are much more important than athletic and bus schedules; student health and emotional wellbeing should never take a back seat to what is convenient for schools. Who knows, a later start time might also leave our teachers feeling more refreshed as well.