Men’s tennis gets ready for regionals 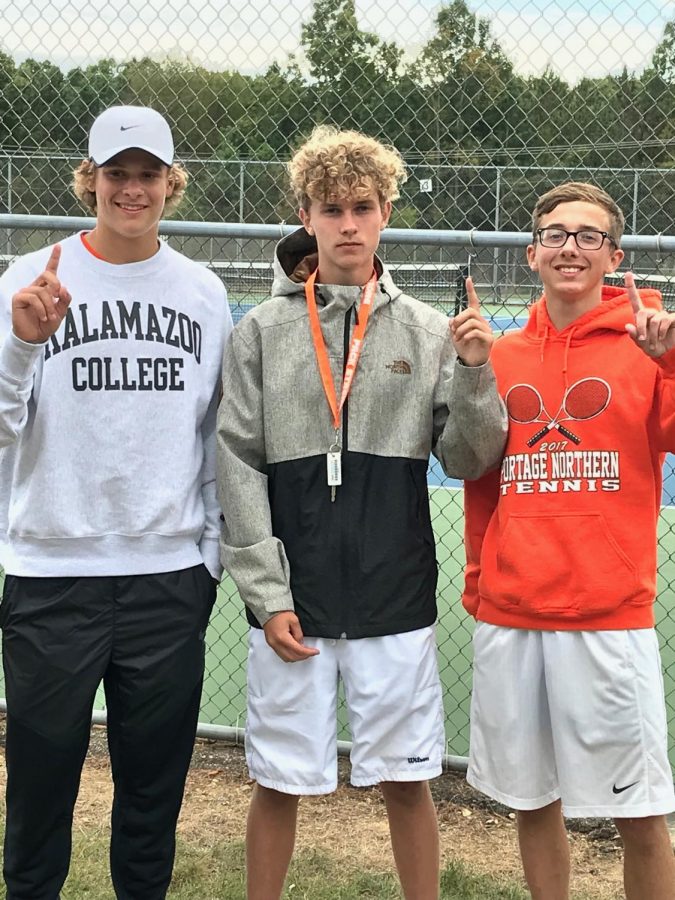 Jackson Graham, Graham Holley, and Keegan Bach celebrate after they win their flights at the SMAC tournament. Photo by Becky Bach

The Portage Northern men’s tennis team capped off an undefeated season with a 6-2 win over Byron Center in the last match of the regular season, and will now turn their attention to the regional tournament on Thursday, October 11.  For each match that a team wins at the regional tournament, they earn one point. In order to qualify for the state tournament, a team must earn a total of ten points from all flights. Portage Northern will be seeded in all 8 flights and have earned a number 1 seed in the 2, 3, and 4 singles flights.

Coach Lee Cornelius had some words for his team in the few practices remaining before the tournament.  “Let’s not sell ourselves short. We can do more than just qualify for states. We can win this tournament!” he said.   Portage Northern qualified for the state tournament last season, earning exactly 10 points, which was good enough for a third place finish.  After a historic season, it is safe to say that the Huskies want and expect more at this year’s tournament.