My hijab is a form of freedom, not oppression 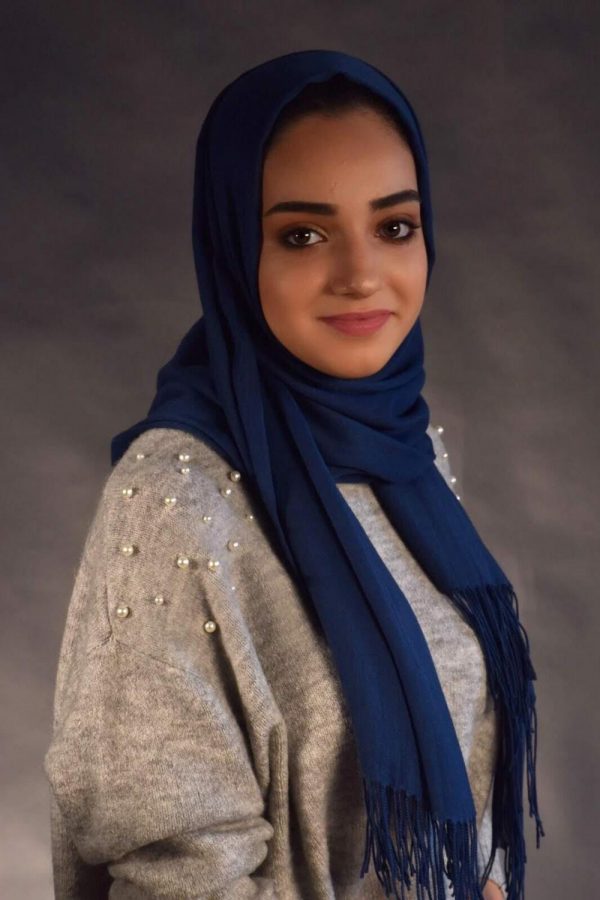 I adore the fact that my hijab sets me apart from everyone else and makes me different. I wear it so that I am identified as a woman who practices the religion of Islam, and I take pride knowing that most people can identify me as a Muslim as soon as I walk into a room. Especially right now, when Muslims are told to hide in order to protect themselves, I want to do the opposite.

What do you see when you come across me and see me wearing the hijab? What is your first thought? Do you think that I’m oppressed by my culture and religion and am forced to wear a hideous outfit to fulfill the wishes of Muslim men? Do you whisper to the person next to you, “Is she suffering”?

This has become a huge issue in a lot of parts of the world, especially here in the United States, where stereotypes often associate hijabi women with being ultra-conservative and having no freedom. As a hijabi high school student, I get asked a lot of questions about the purpose of the hijab and the point of wearing it. I am also often asked whether or not I was forced to wear it.

As a hijabi, I have noticed that I am always viewed by people in one of two ways. Either I am ignored, or even worse, sometimes I am pitied and felt bad for because of my hijab.  I have become used to the fact that the first thing people do when I walk into a room is look me up and down, and the next thing they do is ignore me. Little do they know, I am very proud of myself for wearing the hijab.

The reason I wear the hijab is because I love it! I am tired of people ignoring me and not making an effort to get to know me as a person.  What a lot of people don’t realize is that I am a normal teenage girl with a sense of humor and a brain. I am definitely not a terrorist and I am not the enemy, despite the assumptions that some people make when they prejudge me with a glance. I am simple a human being trying to live a simple and peaceful life.

I adore the fact that my hijab sets me apart from everyone else and makes me different. I wear it so that I am identified as a woman who practices the religion of Islam, and I take pride knowing that most people can identify me as a Muslim as soon as I walk into a room. Especially right now, when Muslims are told to hide in order to protect themselves, I want to do the opposite.

I am not one to hide because I believe that my religion and my beliefs should be accepted by others. This matter is not a political one, but one of human justice and equality. It should be more natural for us to respect, if not love, one another, regardless of things like ethnicity and religion. Despite the abundance of stereotypes to the contrary, Islam is a religion of peace. In fact, one of the meanings of the Arabic root for Islam is literally, “peace.” In today’s society, not everyone is treated equally, and that’s why I think that instead of hiding, it is my job to change people’s perspectives on the hijab and help Muslim women feel more accepted.

The word “Islam” is an Arabic word derived from “salaam”, which is another Arabic word meaning peace. This means that instead of putting its followers’ in a constant state of fear, Islam should make them confident and bring peace to their hearts.

Of course, there are downsides to everything. Nothing can possibly be perfect in a world like ours. There are days when I wake up and as I dress up in my outfit for the day, I think about what it might be like if only I can leave my hair out and put it up in a ponytail. There are also days when it gets hot and I wish I can take my hijab off and let myself breathe more freely. There have also been times where I walk into the movie theatre or a restaurant with my friends and see people leaving as soon as they see my hijab.

What people don’t know is that things likes these don’t upset me anymore. I know that I can be whoever I want to be no matter what others think. What happens in situations like these is that I start feeling bad for those people that are able to hate me enough to give up a movie or a meal when they see me, when really if they would take the time to break down their own cultural barriers, we could all enjoy it together.

Wearing my hijab gives me a strong feeling of safety and brings me closer to god. It is a reminder for me and others around me of my identity as a Muslim. It is a way for me to always

remember what my character should be like and where I stand in society as a Muslim woman. It is an important symbolic and literal representation of my culture. It is something that I am proud to wear. For those who think that I am forced to wear the hijab and that I most likely am suffering because of it, or don’t know how good I would have it otherwise because it’s all I’ve ever known, let me tell you that even as a child, not even for a day, did I think that I can continue my life without the hijab. Wearing the hijab is a decision I made at a very young age, when most girls my age hadn’t even started wearing it yet. I have never regretted my decision. My hijab is who I am.

Islam is not one homogeneous block. There are muslims who do not wear the hijab, and that’s their interpretation of their faith. The Quran beautifully states; لاَ إِكْرَاهَ فِى الدِّينِ, which translates to “there is no complusion is religion.” My faith gave me the right to choose 1,400 years before the Universal Declaration of Human Rights told me I could. Those of faith should not be compelled to wear the their articles of faith against their wishes, but they should also have the right to choose to do so freely and without prosecution if that is the desire of their heart.

Sikhs wearing the turban, Jews wearing the kippah, or Christians wearing the crucifix: these are all similar expressions of faith as my decision to wear the hijab. Practicing my right to freedom of expression through the hijab empowers me and other girl like me to know that we are able to make decisions for ourselves. It is also our way of telling people that we want to be judged based on personality and the characteristics that make up who we are as people before we are judged on our appearance. By wearing the hijab, we are asking to be heard before being seen. This is a value that I will not give up, especially when Western culture is moving more and more in the opposite direction and women and girls are suffering depression and anxiety because of body image issues. My religion gives me a freedom from this: my hijab is not a form of oppression, it is a form of liberation.