“We’ve done a big change that is good for us”: Junior Ana Haurie is not afraid to voice her opinion on politics 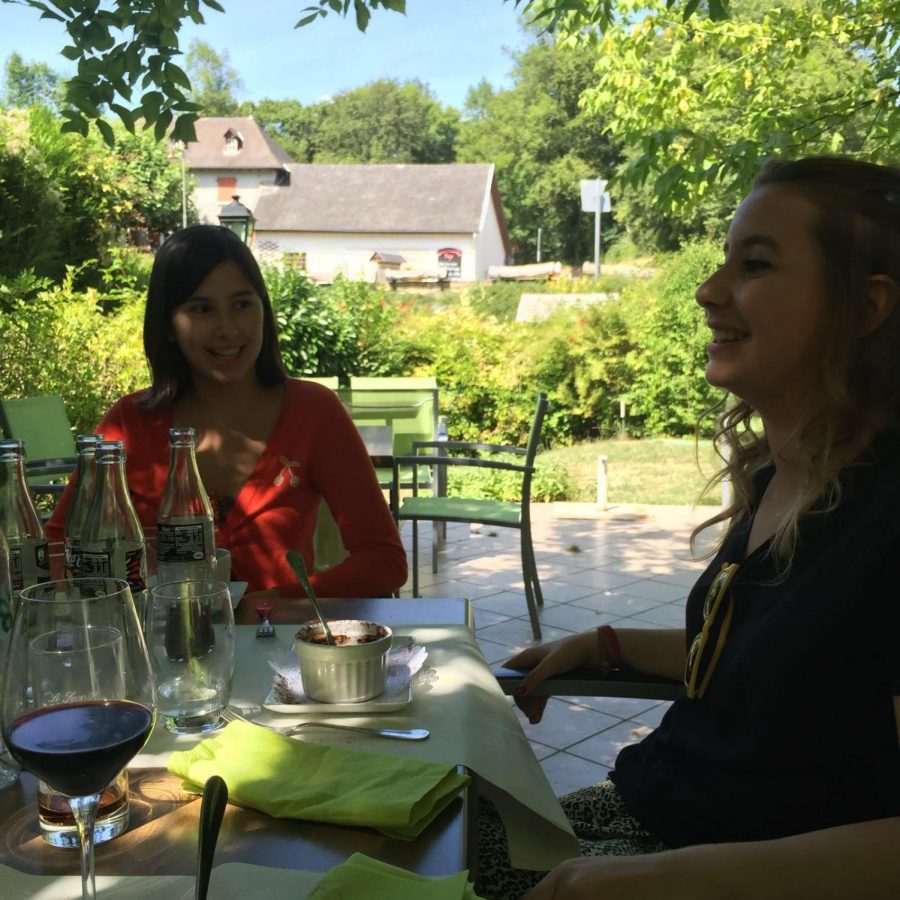 All around the world, America is seen as the land of the free. Whether it be for natural born rights or for education, people have always wanted to be in America for it. Education is exactly why foreign exchange student and junior Ana Haurie is here all the way from Spain.

During her time here in the States, Haurie has made friends, excelled in her classes and formed opinions of her own based on her American surroundings. One thing that she does talk about frequently is politics. “I have always been stubborn and wanted to know. ‘Because that’s how it is’ has never been a good answer for me,” she says.

“I think that multiple opinions are good because none of them is completely right,” she answered when asked about the political heat and divide. “I consider myself in the middle.” Haurie has been influenced by the people surrounding her most of all, stating, “…and I take this from this person and that from other person, and it’s like a mix.”

“In anything, you can’t let yourself go to the extreme,” she says about the topic of violence because of political differences. She stated that the extreme is never good when it leads to violence.

Haurie voiced that she is not afraid to talk about politics in a normal conversation. “During a normal conversation, if that’s the right moment to talk about politics, I’m not afraid of sharing my opinions about it. I’ve always been very stubborn, I never really care about what people told me…I’ve always had my own opinions, I’ve never been afraid of talking about them, politic or not.”

“The thing about feminism, which is really important for me, Emma Watson; the present woman in the ONU. I’ve always follow her because she’s not afraid of talking about what she think is wrong in the world.” When asked to elaborate more on feminism, Haurie had this to say, “Everyone … should be treat the same, woman and man and I don’t like how people believe that because you’re a feminist you hate men because it’s not true.”

“I think that we’ve done a big change that’s good for us. I don’t think that that’s [earning rights] all we had to do, we still have a lot of things to do,” Haurie continued about her beliefs when feminism is the topic.

Senior Malin Rackles, a close friend of Haurie who is a FES from Germany, voiced her opinions and view of Haurie. “She’s really nice and really outgoing. She goes up to people and talks to people and not at all shy, which I like.” Rackles stated that Haurie did not often talk about politics, and discovered that they share very similar views. Rackles herself also follows the feminist movement.