Hyperloop: The Future of Transportation? 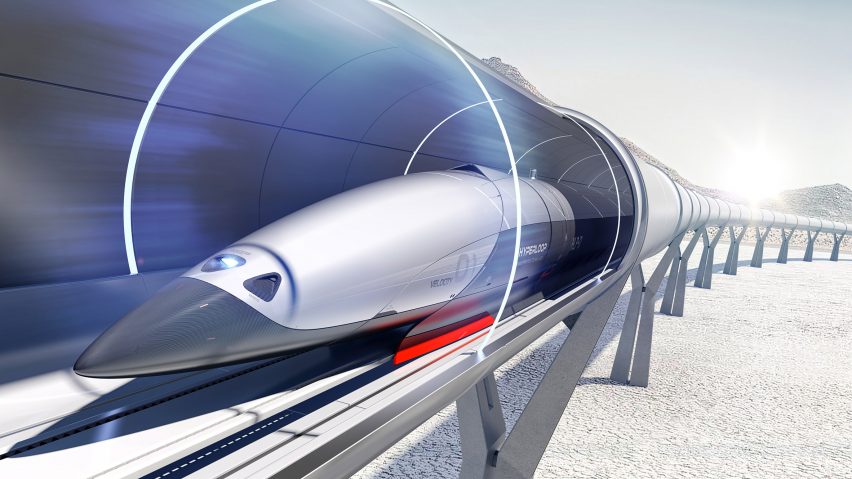 Imagine one day, you board a strange new type of train in the heart of Detroit. 237 miles and a mere half hour later, you find yourself in Downtown Chicago. Covering that much distance by land should be impossible, right? Meet Hyperloop One, the vacuum tube wonder train that’s threatening to revolutionize the way we travel.

Just like many of the technologies we hear about in the news today, the Hyperloop train is the brainchild of billionaire investor Elon Musk. The concept of it is fairly simple — it is essentially a bullet train, propelled by magnets through a vacuum tube in order to minimize air resistance and maximize speed. Although it is still a work in progress, the Hyperloop project has seen rapid progression since the announcement of the idea in 2013. To date, the United States has no bullet train or high speed rail systems like those of France or Japan. Implementing a system like that in a country as large as the U.S. would certainly be much more difficult. On the other hand, Hyperloop trains are expected to travel faster than commercial airliners and have the potential to turn once-separate major cities into megalopolises by virtually eliminating travel times. On the implementation of Hyperloop trains in the U.S., junior Julian Carreno says, “I think it’s a scientifically advanced system that would be a great national project if we were to standardize it, but that’s not to say the current rail system is terrible.”

As with every major project, an important concern is the cost of implementing it. A transportation network with state-of-the-art technology such as Hyperloop must come with an exorbitant price tag, right? As it turns out, Hyperloop is actually projected to be much more cost efficient than other projects of similar nature. For example, California is currently constructing the California High Speed Rail, or CAHSR, which is meant to connect the San Francisco and Los Angeles areas and was initially expected to cost $68 billion. However, recent developments have revealed the current cost to be $100 billion, nearly one and a half times as expensive as the original plan. By Musk’s estimates, it would cost between 6 and 7.5 billion dollars to implement his Hyperloop train along the same route (not to mention that it would also travel around 4 times faster than the CAHSR). Even if the $7.5 billion price tag is a gross underestimate, surely the Hyperloop would still cost significantly less than the CAHSR. Even if it is more cost-savvy than its counterparts, however, implementing the Hyperloop nationwide would no doubt be a huge undertaking. About the financial viability of such a project, junior Dylan Adams says, “It could be very useful for short-notice personal emergencies or evacuations during natural disasters, but I don’t think we need it enough to justify the cost. I don’t know what would happen after we spent all that money we don’t have.” It’s a good point; at a time when our national deficit is through the roof and the government is forced to make spending cuts, it may not be feasible to overhaul our transportation system just yet.

Financial problems aside, the question remains: do we even have the technology for something like the Hyperloop? Fortunately, efforts to build and test prototypes throughout the past couple of years have yielded positive results. Several test tracks are already operational, and just 2 months ago a Hyperloop pod was able to reach speeds of up to 290 miles an hour. In even more exciting news, there are already plans to build a Hyperloop track in Abu Dhabi, which is expected to be fully operational as soon as mid-2020. Although the first operational Hyperloop will not be in the United States, the Abu Dhabi track will pave the way for more of its kind to be built across the world. Taking an optimistic approach about the implementation of the Hyperloop stateside, sophomore Rowan Compton says, “I think it’s totally possible. It will probably happen within the next 20 years or so. It’ll be pretty cool.” Indeed, seeing such large technological advancements take place within our lifetimes can inspire a sense of awe in many. Whether it arrives in 2 years or 20, one thing is for sure: there’s no stopping the proverbial magnetic train of progress.