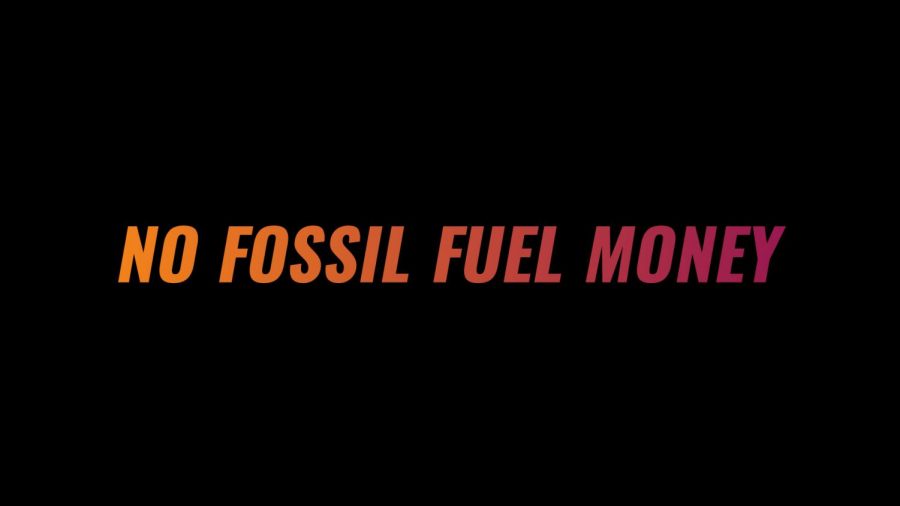 Earth Day is fast approaching and this year the Sunrise Movement is looking to make it more than just a day to appreciate mother nature.There are many politicians who are being funded by wealthy oil and gas executives, and Sunrise is working to make sure the USA’s future is not placed in the hands of fossil fuels. “Sunrise is building an army of young people to make climate change an urgent priority across America, end the stranglehold of fossil fuel executives on our government, and elect a new generation of leaders who’ll stand for the health and wellbeing of all people,” says the Sunrise group on their website in explaining their plan in changing the future of the country.

Right now, there are four steps to contributing to this movement and helping to bring to light the money ties between fossil fuel executives and the government. First, wear the patch to show that support for the team and to help spread the word. Then sign the petition that demands political candidates and politicians to reject contributions from the industry of fossil fuels. The goal is to get 50,000 signatures by June 1st so that the petition can be delivered to the candidates and political parties so that they can hear the message. The last two steps are to make sure candidates know about the petition by emailing them or asking them in person, and to be vocal and spread the word about Sunrise and their petition.

On March 2, Sunrise came to talk to students in the SCACC (Students Combating Against Climate Change) club and their visit has given them motivation to get involved and spread the word.

“I think that the Sunrise group serves as inspiration.  Many times I sense people feel as if they are only one person and the climate change struggles are too big.  But the Sunrise group has done a great job of showing how bringing awareness to people can create real change in who we have representing us (the people) at the governmental level where so much control over issues like fossil fuel subsidies and tax breaks for renewable energy companies are controlled.  We all play a role and it is worth understanding what impacts we have, including those small personal choices to carpool to larger shifts including curbing subsidies for big oil companies,” says Daniall Poulsen, the supervising teacher of the SCAAC club to explain how Sunrise has given the club initiative.

Sunrise has actually been staying in touch with the SCAAC club and have informed them about an opportunity to get involved with the #EarthDayTakeover. Sophomore Basma Hegazy, a student in the SCAAC club says, “I have been sharing the link to the information about the Earth Day Takeover in hope that people will take initiative to get involved Sunrise and help them reach their goal  fo 50,000 signatures,” as she explained how she was taking part in this particular Sunrise Movement event. This event involves going to different places on Earth Day to talk to people about signing the petition.

According to the Sunrise Movement website: “On Earth Day, we’ll show up at our local community events and talk to as many people as possible to ask for their support for the No Fossil Fuel Money Pledge. If you’re ready, and if candidates or local politicians have plans to give speeches, we’ll show up to ask them to pledge not to take money from fossil fuel executives, lobbyists, or front groups. Lastly, we’ll leave you with some steps to keep the momentum going by bringing people you met together for a Candidate Outreach Party in the weeks following Earth Day.”

Earth Day is a day where hundreds of thousands of people who care about the environment will gather at festivals and meetings to talk about what is going on with the planet and it is the perfect opportunity to get signatures for the pledge. To get more information on this movement visit www.sunrisemovement.org.