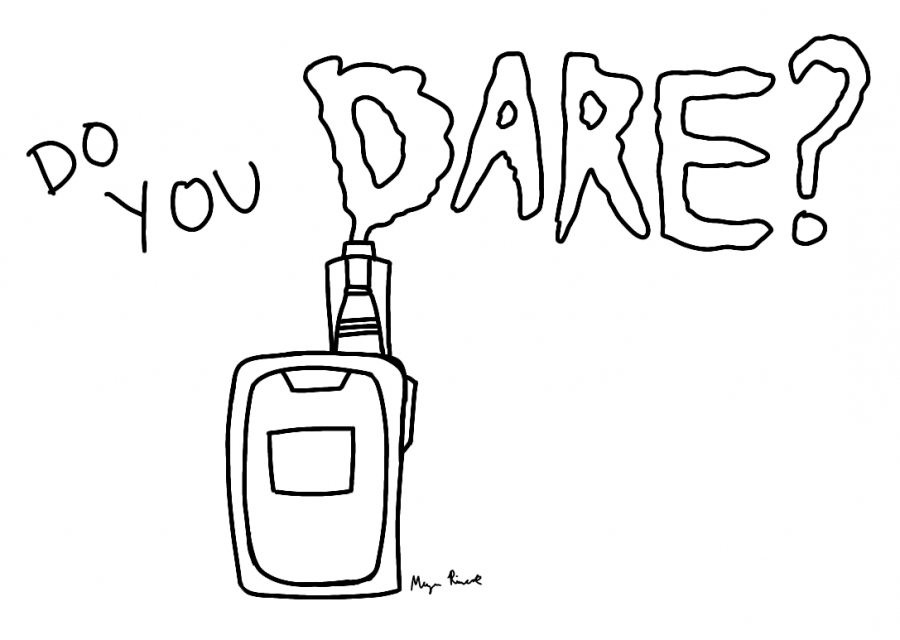 Our school’s administration always does have good intentions when it comes to various campaigns: whether it is about distracted driving, drinking, or vaping, they want us to recognize the consequences of the choices we make regarding dangerous habits and illegal substances. As high schoolers, we spend most of our time here and things that occur at school influence how we act.

That does not imply that the school can force us to follow a certain path or act a particular way. No matter how hard the school tries, they cannot and will not control what students do outside of school in their free time. Thus their legitimate responsibility lies more in simply making us aware of how our decisions impact us. While the school has the best intentions, these campaigns don’t work and most times just end up as school-wide memes instead of helping.

If school staff wants us act like responsible adults, why are we not treated like such in campaigns like these? With post-graduation pressure we are already forced to consider our adult futures beyond high school. So why does the messaging of these campaigns not match the mature expectations they have for us? For example, let’s examine the infamous catch phrase, “hitting the juul doesn’t make you cool.” Seriously? Going Dr. Seuss on us practically forces students to laugh at it. We’re not five years old. Was it really any surprise that students posted pictures of the presentation slides on social media while rolling their eyes? Administration tries entirely too hard to be relatable to students, and as soon as high schoolers see adults attempting to pander to them, they immediately tune out and treat it as a joke.

A corny catchphrase works against the seriousness of the subject they are attempting to convey to students. The school should handle this in a serious matter, because it is a serious matter. Schools have the power to appropriately reach out and help students. The problem lies in the fact that teachers and administrators are not doing it in a genuinely serious matter. Instead of coming up with condescending messages, they should take trends like vaping seriously, and adequately educate us on the actual effects such substances. That might actually capture our attention.

The best way to combat these problems and promote healthy habits is to first address why students turn to drugs and other negative behaviors in the first place: as a coping mechanism. With plenty of students suffering from sleep deprivation, stress, and forms of mental illnesses like anxiety and depression, is it any wonder that students are leaning toward drugs? While plenty of high schoolers are able to manage such things without abusing any kind of substance, others struggle more and should be getting help from the school that is supposed to support them in their education. Yet the teachers don’t focus on what students are facing, they focus on what other things they’re doing because of it. Students should feel that they are safe to reach out to adults at school if they are struggling with grave issues such as addiction without fear of severe repercussions.

Furthermore, the only way to actually make anti-whatever campaigns successful and impactful is to treat the issues with the gravity they deserve and to treat students like the young adults they are. Instead of the flawed current practices, schools should focus on factual information about the adverse effects of the substances they campaign against. Nobody is going to think twice about vaping because of a catch phrase, but if students knew how vaping can lead to dangerous health issues, maybe they would. Also, it is more important that schools focus on this type of education earlier than high school, or before things such as vaping becoming a huge fad. At this point, it is almost too late for the school to help solve the problem. But if they are going to try and remedy the situation as they should, PN really should work on seriously engaging students in a manner that is not condescending. Otherwise, the next campaign will just be another joke.