Fortnite: a productive use of time or a dangerous fad 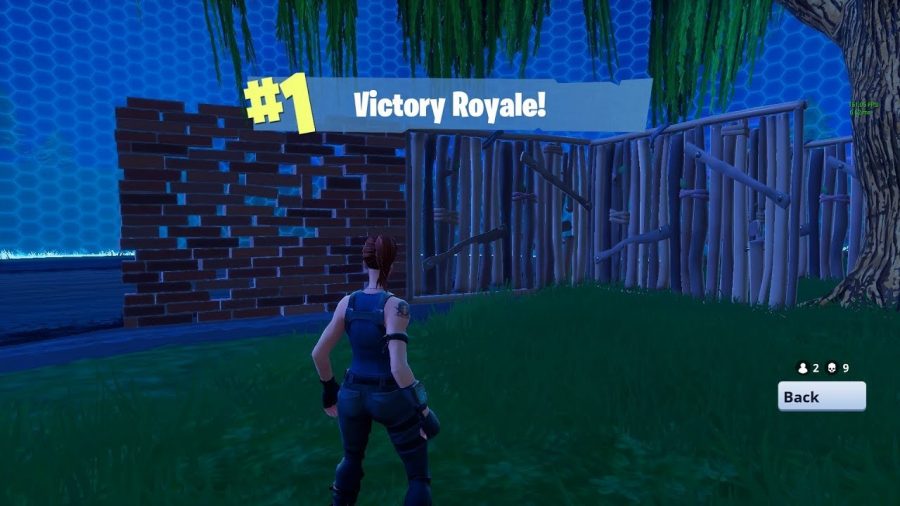 Fortnite: the new game that has swept over the nation and is captivating everyone’s attention. This game came out over the summer and is gaining popularity by the minute. In fact, Fornite has over 45 million players with some 3 million playing concurrently at any point in time.

One of the pressing questions about Fortnite is: Should parents be worried about this game? This is a high-tension game with the tantalizing prospect of a rare win every time. You go into the battlefield with 99 other players, your one goal to kill every other player and be the last one standing. If you end up in 30th place what do you want to do? Keep on playing, of course. You could win next time. This desire to win coupled with games that last for less than half an hour, adds to the games appeal. Sophomore Stormm Byers says, “I can play for hours without realizing how long I’ve been in that position.”

On the bright side, Fortnite has its advantages. It is a creative way to get your brain thinking in ways that it normally wouldn’t. Players use strategic ways to create forts to defend themselves. It also has a cartoonish look, so that way the violence isn’t too bad, and it isn’t gory. Common Sense Media also heralds the game as informational for students and parents: “through this game you can talk to your children about what to do in a case of emergency,” the website claims. When playing in “squad mode,” Fortnite can help learn team build exercises when trying to help your teammates and not just save yourself. A parent with a child that plays a lot of Fortnite, Gayle Piper, says, “I’d rather have him playing that in his room rather than out on the streets doing something he shouldn’t.”