Our Idols: Influencing the Younger Generation 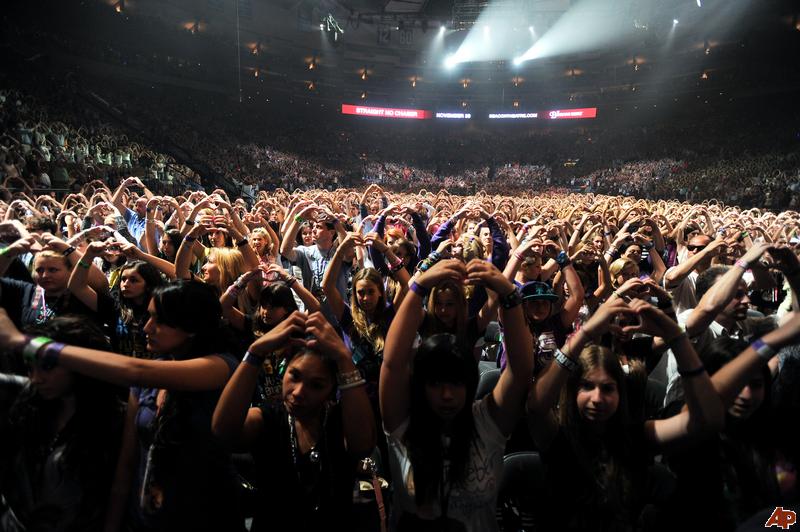 The difference between the recent past and the present is outstanding, and frankly, almost unbelievable. Influences and idols have transformed from innocent to delinquent in a matter of years, separating modern times from our parents childhood era with an immeasurable distance. Culture is changing, and it is creating a negative distortion within today’s young society.

As kids, everyone had someone they idolized; whether it be police officers and firemen or their favorite television stars. But both categories of idols have something in common: they influence adolescent minds until they become independent enough to think for themselves. As they continue to get older, change occurs both in the idolizer and the idol, sometimes for the best, other times for the worst. Unfortunately, today is contradictory to the past, for it seems as though major influences years ago were aware of the image portrayed on young individuals, and restricted their “powers” as best as they could. Delivering their talents through an appropriate manner, stars such as members of the Beatles, Stevie Wonder, and even Michael Jackson were able to become successful without purposely influencing teens and other listeners in a negative direction. Singing about love and feel-good topics rather than clouting their audience in the wrong direction, the spectators were not tempted, but inspired by the happiness and positivity that went into each lyric.

But now, adolescents are becoming more impressionable as time moves on, especially in present day. Instead of having the Beatles sing about love and coming together, we have Miley Cyrus rapping and “twerking” on stage, or Britney Spears shaving her head, with which are both stars the current young generation grew up. “ I used to be a huge fan of Hannah Montana back when I was younger,” says Alec Sesto (10), “but now, it makes me sick to watch what my idol has turned into, and to see younger kids reflect the influence being set by them.”

Miley is not the only childhood sensation gone wrong. With Shia Lebouf getting drunk and arrested in a random Walgreens and Vanessa Hudgens sending nude photos, it seems as though every star is caving underneath the pressure of stardom. Partying, sex, and drugs are becoming increasingly popular among younger audiences, and if it continues, the effect may be irreversible. In fact, it may only continue to get worse, which will set the guidelines for future generations with the incorporation of immoral behavior. “I have already witnessed the change in kids of all ages,” says Jacob Boer (12), expressing his opinion on the link between today’s pop culture and the younger society.

“Elementary school girls are wearing short-shorts and eyeliner and boys are swearing and sagging their pants below their knees, for gosh sake,” said Boer, disturbed by the situation. With Boer raising a very valid point, proof of negative change is showing all around us, whether we like it or not.

With culture altering as rapidly as it is, and the amount of negative influences growing daily, there is no telling what the future has in store for younger generations. But on the path being traveled; only disaster can be reached, and optimism is an isolated action when hoping for a morally reconstructed society.