Kickin’ it with PN Soccer 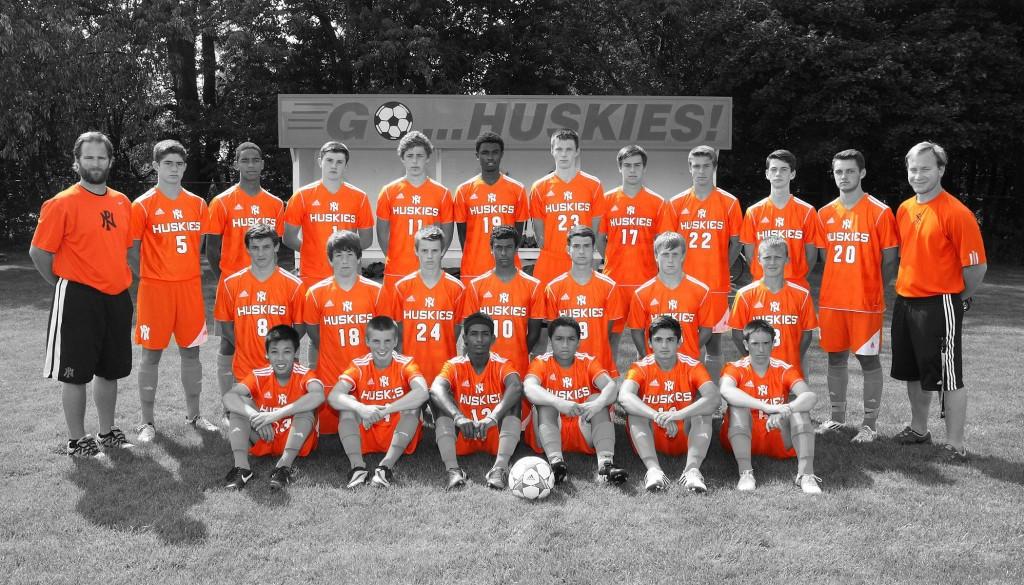 “Last year we had fourteen guys that could play,” Will Willoughby (11) says. “This year everyone can and we work together as a team.” After losing ten talented seniors, Portage Northern’s Men’s Soccer Team had a lot of adjusting to do.  Many thought this year’s squad would struggle, but on the contrary, they have done very well.

Their victory over Portage Central, ranked 10th in the state, was a huge step forward for the Huskies.  “Nothing can describe the feeling of storming the field after beating PC,” Tre Humes (11) says. “I knew that this could be the senior’s last chance at beating Portage Central and I wanted it for them.”  Not only did they beat their cross town rivals, but they also captured the SMAC West Division title in a win against the tough Mattawan Wildcats.  Eight seniors on the team have been a part of four straight division titles.  “We’ve won some big games and we’re looking forward to winning some more,” Philip Sesto (12) says.

While the Huskies, 9-3-3, have had much success so far, they continue to look ahead at the upcoming challenges.  “Our goal is to advance further in playoffs than we did last year,” Willoughby says, “and also to prove the critics wrong.”  In order to do so, the Huskies will have to work together and fight hard.  Tyjon O’Brien (12) says, “The team is great.  We have good chemistry and enjoy playing with each other.”  O’Brien has played a significant amount more than last year and has already scored eight goals for his team.  But not just O’Brien stepped up, the whole team has.  “Twenty out of twenty two guys have either scored or had an assist,” Willoughby says.  “We have a lot of kids stepping up this year as leaders.”  The team’s balanced scoring and ability to spread the ball around has proven to be an advantage for them.  “We have a special depth that other teams lack,” Sesto says. “We have tons of guys who can come off the bench and do really well for us.”

Portage Northern’s soccer players have many more games ahead of them.  The season is long and can be grueling, but these dedicated boys tough it out each and every day at practice.  Amidst adversity, they have found a way to come together as one and work hard to beat all.

Woodwork- the post and cross bar of the goal

Touchline- the line that runs across the goal

Top 90- a shot in the top corner of the goal

Chip- to loft the ball over the goalie