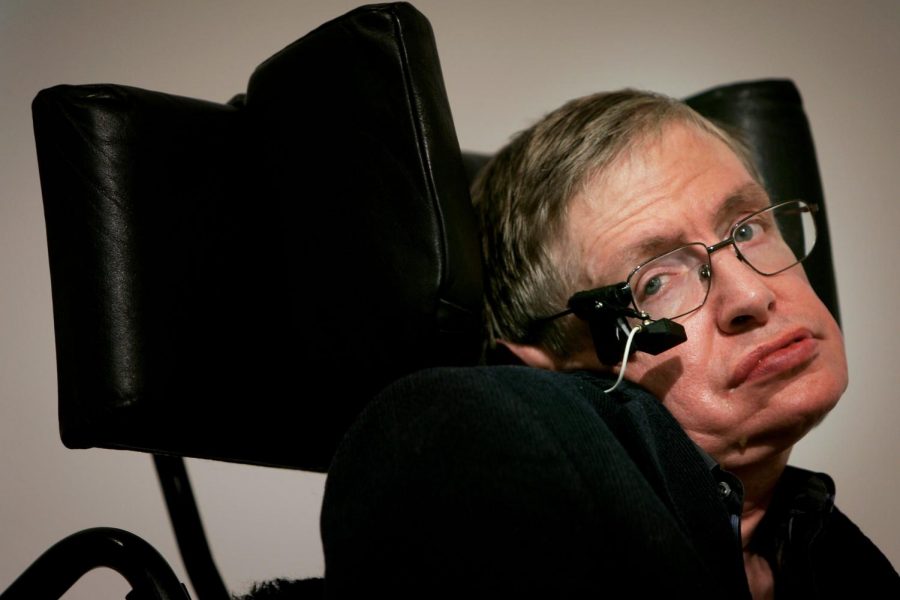 Stephen Hawking, famous physicist died last week at age 76. Arguably one of the best scientist to be born, Hawking suffered from amyotrophic lateral sclerosis, also known as ALS and Lou Gehrig’s disease. When he was first diagnosed he was 21 and was told he would only have a few years left to live, obviously proving everyone wrong by making it to 76 with many important scientific discoveries under his belt.

ALS is a difficult hard long battle, this left Stephen in a wheelchair with little use of hands and having to rely on sources of technology for all basic day living, such as eating, bathing, dressing, and even speaking. He has contributed greatly to the society through his works, including: 1970 Singularities in Gravitational Collapse, 1971-72 Black Hole Mechanics, 1974-75 How Black Holes Can Vanish, 1982 How Galaxies Might Arise and 1983 Wave Function of the Universe.

Fans and admirers of Hawking took to Twitter to mourn his loss. Lawrence Krauss a theoretical physicist and cosmologist, wrote on Twitter.  “A star just went out in the cosmos,” “We have lost an amazing human being.” Also, The Big Bang Theory cast tweeted out, “In loving memory of Stephen Hawking. It was an honor to have him on the #BigBangTheory.” “thank you for inspiring us and the world.”

Hawking did have one final work in production when he passed. Titled  “A Smooth Exit From Eternal Inflation,” the piece deals with the possibility that our universe would eventually fade to darkness as the stars run out of energy. It is currently being reviewed by a scientific journal for publication.