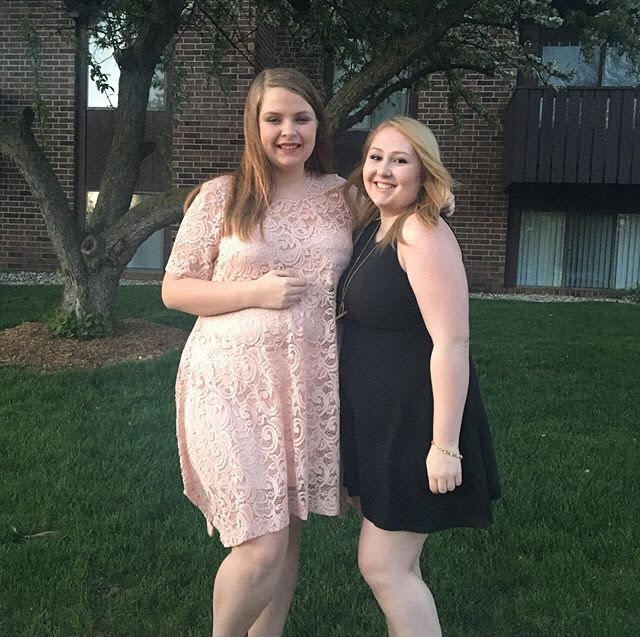 My best friend and I have been through alot together, but the biggest thing we’ve gone through together has been the challenge of two chronic illnesses.

A chronic illness (or disease) is an illness that lasts three months or more and can be treated, but not cured. My best friend was diagnosed with Type 1 diabetes in 2012, and I was diagnosed with Crohn’s disease in 2009. She was 10, and I was 8.  Type 1 diabetes is when your pancreas does not make insulin as well as a healthy one. Crohn’s disease is an inflammatory bowel disease that leads to a narrowing of any intestinal cavity.

Having a chronic illness sets you apart from your peers, and sometimes we feel alone even though the research shows we’re not. In her case, Healthline estimates that as many as 3 million people in the US alone have Type 1 diabetes. The Crohn’s and Colitis Foundation of America says 1.6 million people suffer along with me with Crohn’s.

Having these diseases doesn’t make us much different from anyone else, but we’re often treated that way, both for good and for bad. She was able to take her PSAT 9 in the counselor’s office because she would need more frequent breaks to check her blood sugar and regulate it. I can leave the classroom whenever needed to use the bathroom, no questions asked. While these privileges can be helpful, they can also be isolating, especially if or when you have to explain anything to someone.

I vividly remember when my church first started praying for me in this illness. One girl, a girl I considered a friend, refused to talk to me or sit next to me anymore because I was “contagious”, which is obviously not true.  A similar, though funnier, incident with my friend was our 8th grade class trip to Cedar Point. Cedar Point checks all bags entering the park (for obvious reasons), and she carries an emergency supply of insulin with her in the event that should passes out. As the woman was checking her bag, the woman grew tense and pulled out the insulin and started questioning her. In the most monotone voice she could’ve mustered at that moment, my friend said, “I have diabetes…it’s insulin,” and the woman slowly just handed it back to her, looking horribly mortified.  Maybe it’s not that funny, but at the time, we were doubled over all day.

We’ve found that laughing about our diseases help the pain and inconvenience caused by them, and leaning on each other helps us cope. Because I spend so much time with her, I actually learned how to give her an emergency insulin injection before I could even give myself my self injected medication. But every so often, when someone asks her if she can eat that or if the needles in my fridge are drugs, it’s hard to laugh it off.

The CDC estimates that about half of Americans will deal with a chronic illness in their lifetime. If you find yourself suddenly in with the chronically ill crowd, here’s what to do:

Unless they joke, you shouldn’t.  I may say that it’s okay, but that doesn’t mean that she will, or that my father, who also had Crohn’s, will.
Questions, when asked correctly, are okay! My best friend has Type 1 diabetes and Type 1 does not restrict eating habits, so she hates anyone asking if she can eat something. She knows what she can and cannot eat or do. Alternatively, when she says she doesn’t feel good, my immediate reaction is ¨what’s your sugar at?¨ It’s not always the issue, but sometimes it is.
Questions about the disease itself are amazing. Everyone knows diabetes or cancer, but a lot of people don’t know the intricacies of Crohn’s, so I love questions.

Chronic illnesses don’t need to be sad. They can, in fact, be quite funny and lead to a lot of stories if we’re open enough to learn and listen.