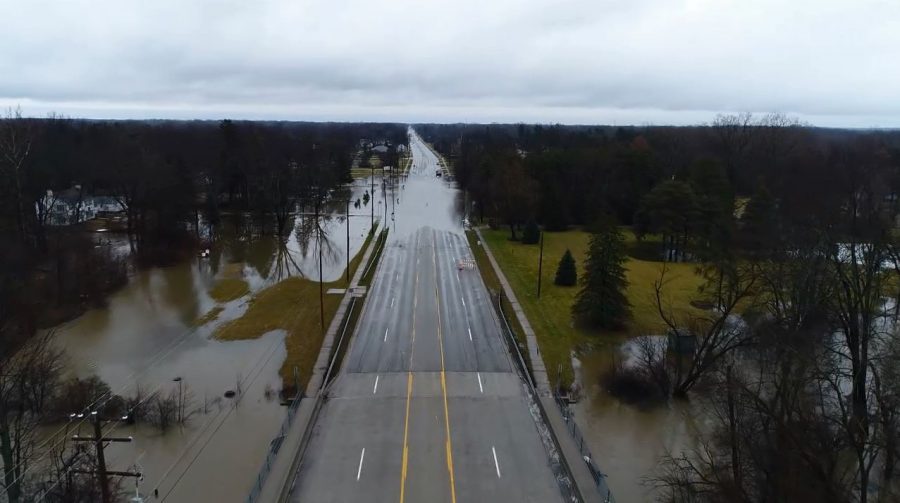 West Michigan has experienced significant flooding this month, and that can be very dangerous. The violence of a hurricane, the destruction of an earthquake, or the devastation of a tornado lead many people to believe that they are the most deadly, but, in reality the most deadly natural disaster is flooding.

Many think that people die from hurricanes because of the destruction or the aftermath. In reality, they die from flooding. According to the National Hurricane Center, the main killer in a hurricane is storm surge. A storm surge is defined as a rising of the sea as a result of a storm. The water then surges up from the beaches and banks and starts a flash flood, which cannot be accounted for. Meteorologists say that hurricanes, earthquakes, and tornadoes have become less deadly because of the technology that we have to detect them. Flash floods and storm surges cannot be detected, or rather, it’s far harder to detect them.

In 2016, only 18 people died from tornadoes. The same year, 126 people died from flooding. Tornadoes cause damages in the structure of buildings. Flooding saturates the ground, making crops ungrowable. Flooding also seeps into ground water, making it undrinkable, and rushes into civilian’s basements, growing mold or ruining their belongings.

Recently, the Midwest received upwards of six inches of rain in three days. Six inches may not seem like an exorbitant amount, especially spread over three days. To put it into perspective, the average curb height in the United States is six inches tall. It still may not seem very high, until one realizes that the twelve inches of snow that the Midwest had gotten beforehand had almost entirely disappeared, save for the massive mounds at the ends of parking lots. Our own Portage Northern High School  has been effected in numerous ways, the most clear of which are the dripping ceilings and missing roof tiles. The choir room has had a gaping hole since last year and whenever it gets fixed, Mother Nature sends another downpour and sets the hole even wider. Outside of the school, Michigan has received national attention for people riding their jet skis down the highway. These minor inconveniences and even moments of comic relief cannot diminish the threat that floods pose, however; no matter what the extent, flooding is a serious -and potentially deadly- concern.

Click here to see the MLive gallery of the 2018 Michigan flood activity.