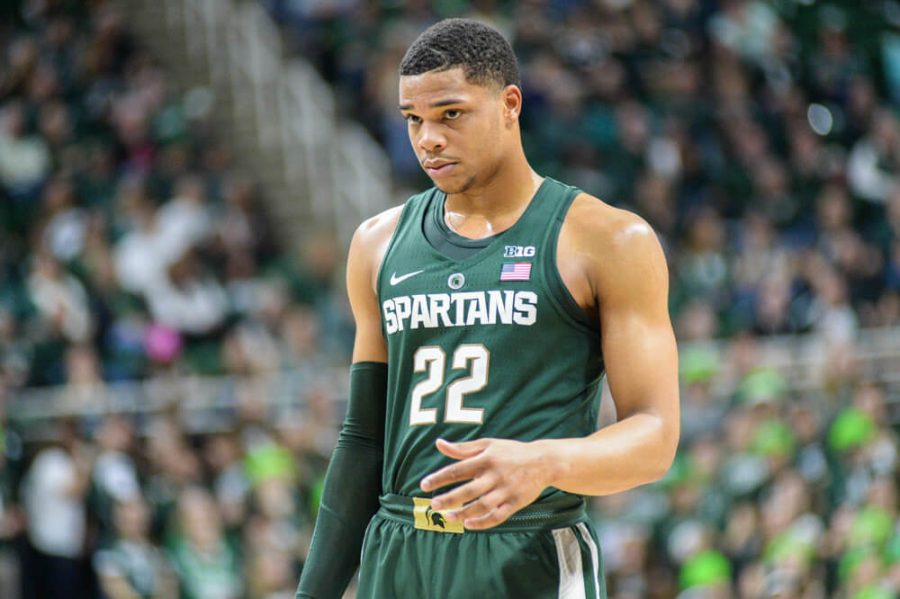 The FBI has released a large amount of files regarding their investigation into the corruption of college basketball, most specifically the recruiting process.

Bridges’s mother allegedly took $400 from former NBA agent Andy Miller and his agency, along with a $70 dinner. Bridges denies any knowledge of either exchange. He also denies ever accepting money from a different agent, Christian Dawkins.

After an investigation, the NCAA had found a violation in the situation. The only consequence was that Bridges would have to pay $40 to a charity of his choice.

Another probe found emails on Michigan State assistant coach Dwayne Stephens’s computer from Christian Dawkins, who attempted to broker a deal to send former five-star recruit Brian Bowen to MSU. Stephens has denied these allegations, and another report has come out saying Stephens violated no NCAA rules.

As the FBI investigates college basketball recruits being paid to go and play for that school, keep in mind one thing. Does it really matter? Who cares if some schools pay their players a small amount of money so they’ll play for that school? The NCAA makes millions off these kids exposure, and they get none of it. Is getting a free meal really that bad, when you take a step back and look at it?

Personally, I see no issue with the schools paying their kids that money, especially when the NCAA’s greedy monopoly has created this underground black market of athletes being paid. They’ve brought it upon themselves, and the FBI is only uncovering what we all already knew was going on under the table.

Also, consider some of the players’ backgrounds, specifically Bridges. He and his family come from Flint, where they don’t even have clean drinking water. The only amount of money that they can get was $400? As Andy Isaac said previously, they should’ve gotten $40,000, at least.

The NCAA needs to make some changes with how they treat their players. As much as Mark Emmert says that, he won’t do anything, or he’ll bring about changes that won’t result in any positive outcome. The only solution: Pay the players. It’s not like the NCAA would lose any money.