Stigmas surround men when it comes to emotional expression 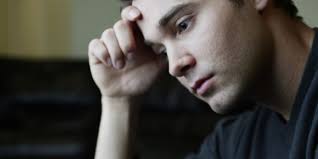 Countless men and women everywhere share workspaces, facilities, and homes. There are 7.442 billion people in the world, so it is not a surprise that these daily interactions induce certain feelings and emotions which require communication. Some ways in which these attitudes are handled are shared by both males and females. However, there are also a few large gaps between how the minds of men and women work. The prominent differences are regarding stigmas around men’s mental health, and their communication about emotions when compared to women.

Kira Asatryan, the author of Stop Being Lonely: Three Simple Steps to Developing Close Friendships and Deep Relationship, wrote an article for Psychology Today about how women are more comforting than their male counterparts. Women are better at getting closer to people rather than men, because they reciprocate their feelings, which others perceive as a feeling of understanding and compassion. As a study done with 96 college seniors, females and males,  shows that more people feel less lonely after talking to a female rather than a male. Females are emotionally involved to a greater extent than males, and while this is not a negative thing, it might contribute to the stigmas of men’s mental health.

Emotional health is vital to one’s overall mental state, and the social norm that men cannot be as expressive about their feelings could bring about pain and suffering. Masculine stoicism can be detrimental to physical health, and the cost of this emotional repression also deeply impacts a male´s mental state as well. The Good Men Project states that striving for this manly character is linked to the suicides, stress-induced heart attacks, alcohol-induced liver damage, and so on, as a result of bottling up what could not be expressed healthfully in the first place by several men. The mentally adverse effects include depressive thoughts and anxiety. These are often portrayed through outbursts of emotion, whether it be anger or sadness. However, hiding emotions to keep up a manly image and avoid vulnerability can build up to a dangerous extent, and result in much more than just an outburst. It could contribute to the statistics of the majority suicides by males over females.

This is an issue that affects men from the time they are able to fully understand the world around them. It is instilled in them as they grow and learn to be the man they are supposed to be. Senior Alex Hamilton says, “Every time I feel down, I feel like as a guy I can’t say anything because people might think I am being too sensitive.” This is the sad reality for many men. They depend on their minds to conceal true feelings so they just keep “getting over it.”  Eventually this becomes too much for them, for anyone, to handle. “Sometimes I feel like expressing what I am feeling in solitude, but that ends up in accidentally hurting myself,” Hamilton continued. The image of manliness is mentally and physically destructive to men.

Men and women are stereotyped in the way that women are more sensitive and men can handle more pain. Though this might be true in some cases, it has developed into a culture where a man feels compelled to disguise his feelings to a point it is dangerous for well-being. Health can create the best quality of life and the worst, therefore it is an important cause for both men and women to be vocal about any issue bothering them. There should be a societal shift towards all people to be expressive about what they are feeling and open to solutions from more than just the so-called emotional women.